The car in the photos is the Lotus 79/2 jps20, and is the one that debuted at Silverstone and won in Belgium with Mario Andretti. For the following Grand Prix, in Spain at Jarama it moved to the hands of Ronnie Peterson, who in addition to several placings, won in Austria. His last victory. At Monza Peterson during the warm-up run out of the track at Roggia chicane damaging his 79/2 jps20 ... he was forced to start the race with the T-car, the old 78, for his last start. In 1979 it was the car with which Carlos Reutemann run, replacing the new and nonperfrming Lotus 80.

The “mini-skirt” also had to be sufficiently flexible to perform their sealing function even in the presence of asphalt irregularities and shakes of suspensions. On the Lotus 79 the aerodynamic load generated by the two sides reached more than 500 Kg. The effectiveness of the sidepods of the Lotus 79 was such that the car besides having an exceptional grip in the bend was also fast in the straight line at least as the other cars Which fitted the Ford Cosworth DFV.
To get as wide and uniform tunnels as possible, the Lotus 79 chassis was very narrow and the reservoir was central. Discharges had been configured so as not to block the tunnel area in the back and the terminals blow in the central area under the rear wing. This conformation, in addition to the aerodynamic advantages, allowed the Ford Cosworth DFV to achieve 10 hp in more power, making the sound of the engine different and unmistakable.
The wheelbase was very long, on the left side was the oil radiator, upright, while on the right that of the water, inclined. The water radiator had split and had two outlets on sidepod for hot air exit.

A spider in the tank

The tank was only one of 38 gallons (170 liters) positioned between the engine and the pilot. You can notice the central part of the 79 monocoque in which all the fuel is contained. Inside there was a special device designed by Chapman that looked like a kind of four-legged metal spider, one on each side of the tank with a centered one-gallon pick-up vessel at about twenty centimeters Tank bottom. The legs looked similar to the end of a golf-club and had the function of collecting the fuel pushed to the edges of the tank by moving the car in braking, accelerating and cornering and conveying it into the collection vessel from where it came to the engine. This device allowed to nearly exhaust the fuel leaving less than ¾ liter of unused fuel. What prompted Chapman to conceive this system was the waste of fuel due to fuel that could not be aspirated and remained in the tank at the end of a race. In Lotus 76, nearly 15 liters remained unused, at Lotus 78 at least 4 in 79, thanks to the spider just over half.
The rear suspension consisted of two triangles, one top and one lower, with vertically placed internal springs and no reaction struts and was designed to make the tunnel end zone as clean as possible in order to avoid turbulence. The front suspension had a wide lower triangle and a narrow upper triangle attached to a vertical shock absorber inside the chassis. To avoid turbulence, the hydraulic brake fluid pipe of the calipers was flowing inside the lower arm triangle arm
The control of the rear torsion-bar adjustable by the pilot. Towards "H" to make it stiffer
When Andretti tried the 79th in Monaco during the practice of the Monte Carlo Grand Prix, he immediately asked for more aerodynamic load on the front. The back was so good that the front was going. At Lotus they decided not to use the car at Monte Carlo and to prepare new front wings for the Grand Prix of Belgium.
Thanks to the great aerodynamic load obtained with the ground effect, the rear wing had this particular conformation. The body over the gearbox was extended until it came under the rear wing to support the lateral dinghies of the wing, which also acted as a support and coming almost to the ground, the central part of the wing had no problems of bending and therefore It did not need a central support pylon because there was no need for too much aerodynamic load behind, thanks to the load created by the venturi effect of the sidepods of the car. 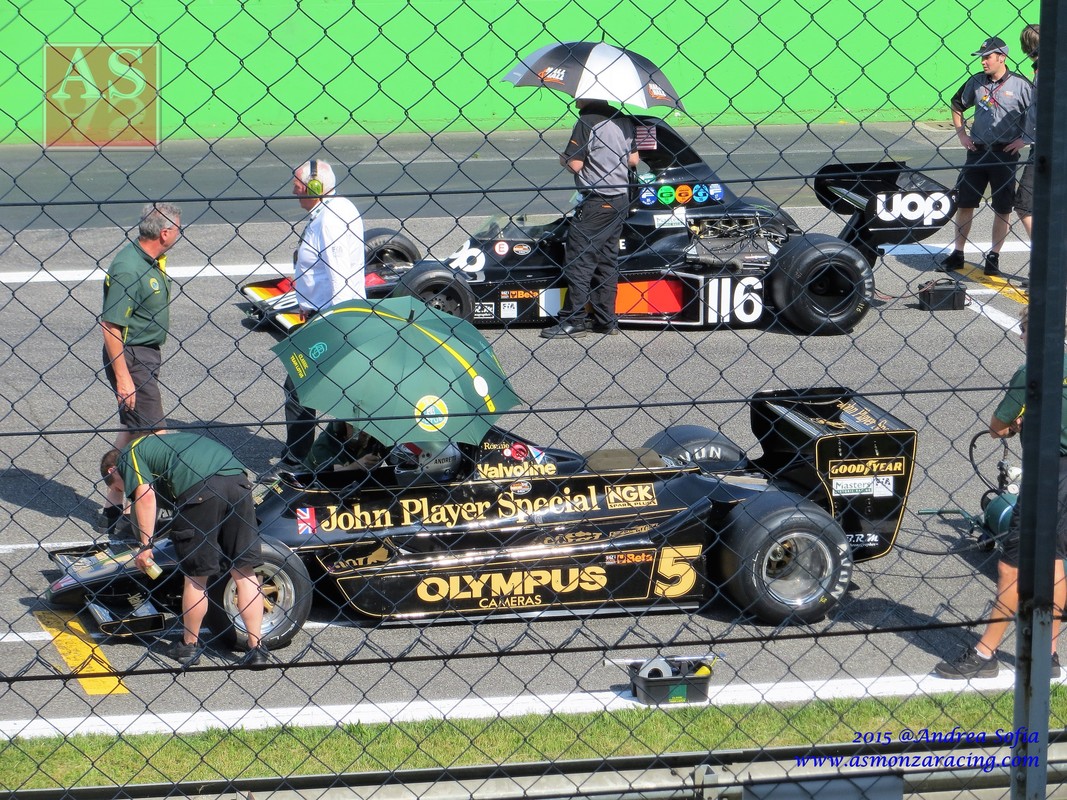 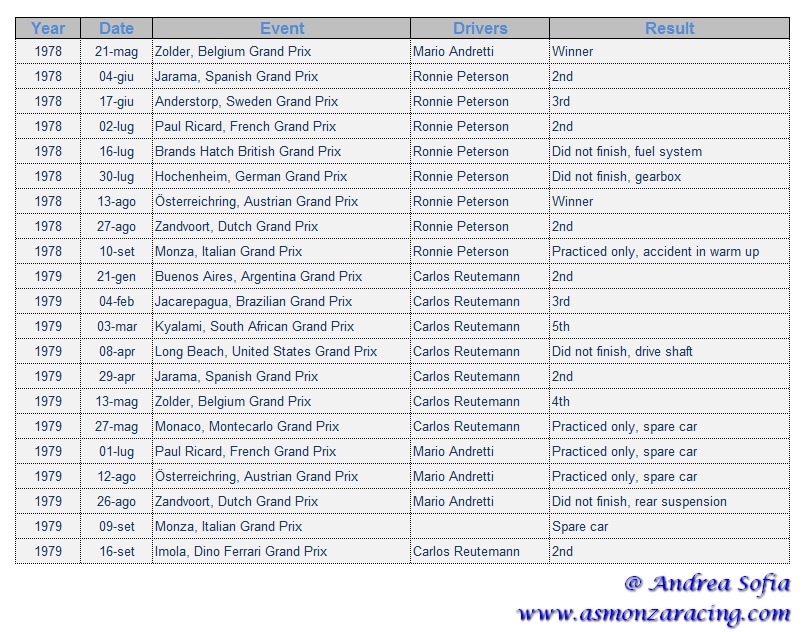 Lotus 79 1977 onwards (all models) Owners’ Workshop Manual, Andrew Cotton, Haynes
1978 was the year of Lotus 79. The Formula 1 World Championship was dominated by the black cars of Mario Andretti and Ronnie Peteson. In this book, unmissable for the enthusiasts of that historic period, the steps that have led the project to the development of this fantastic car are traced. There are so many and very beautiful photos of every detail, though many in black and white. The book is written in English and I highly recommend it (to anyone interested).