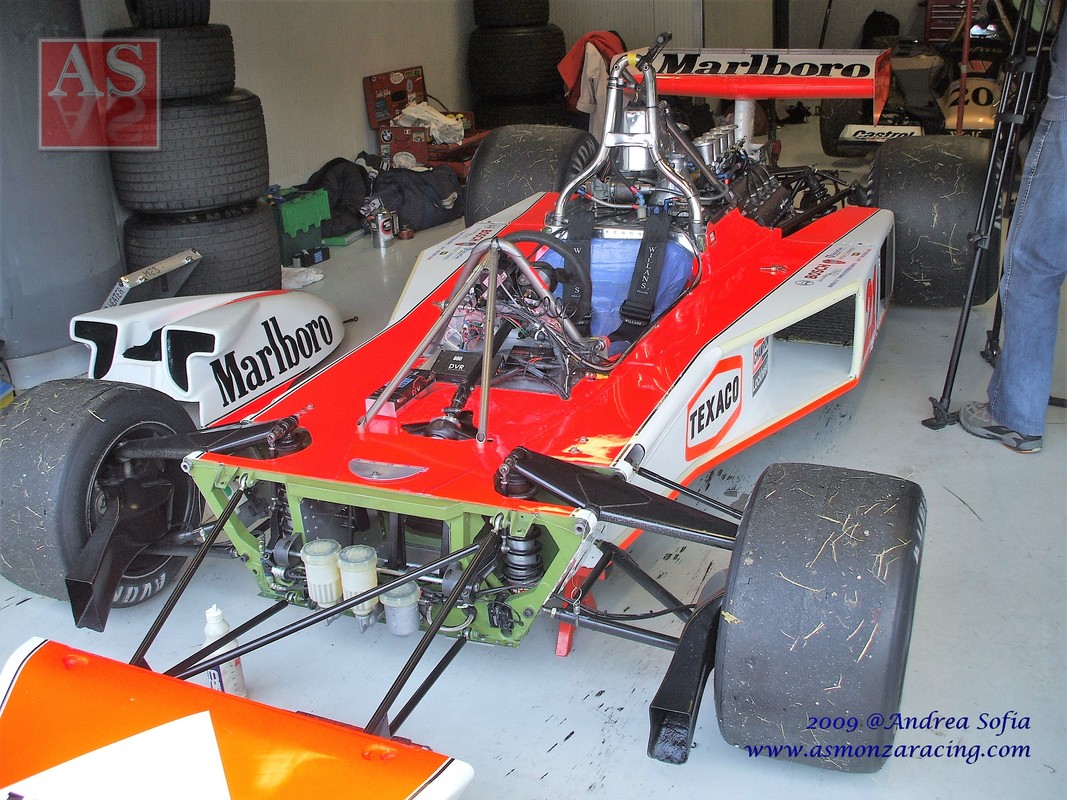 The McLaren M23 has undergone many changes from 1973 to 1976, particularly in suspensions but the chassis, that was one of the most stiff of the period, remained almost unchanged. The few changes concerned the front chassis to accommodate different suspensions, continuously improved.
The front inboard-mounted coil spring/damper activated by the upper rocker arm. In the photo you can see the short anti-roll bar and the connecting rod on the rocker arm. 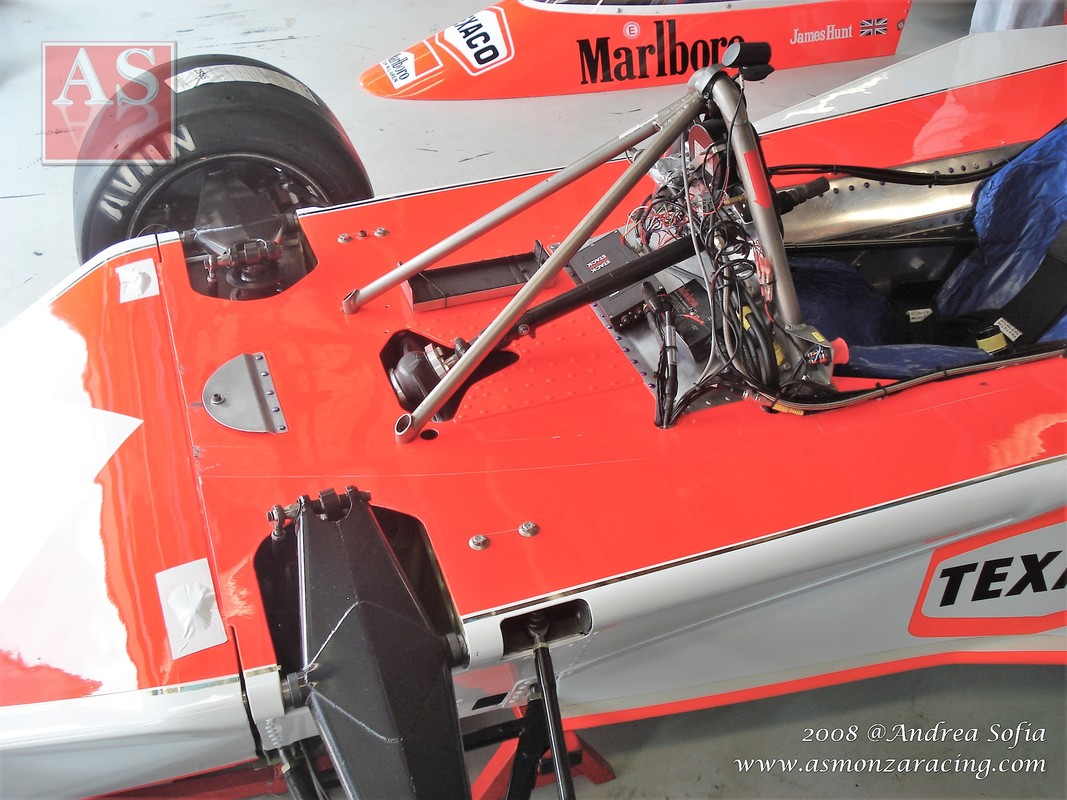 The chassis was made up of 16 aluminum sheet parts and were riveted and glued on two steel bulkhead, one for the front suspension, and one at rear that housed the engine mounts and extended by delimiting the tank area.
One of the two connecting plates between engine and monocoque. They were bolted to the cam cover, and on the attachment point on the monocoque.  Other two bolts were located at the bottom. As the engine expanded when it gets hot, the mountings were made so that the sheer forces were concentrated on the bottom bolts. 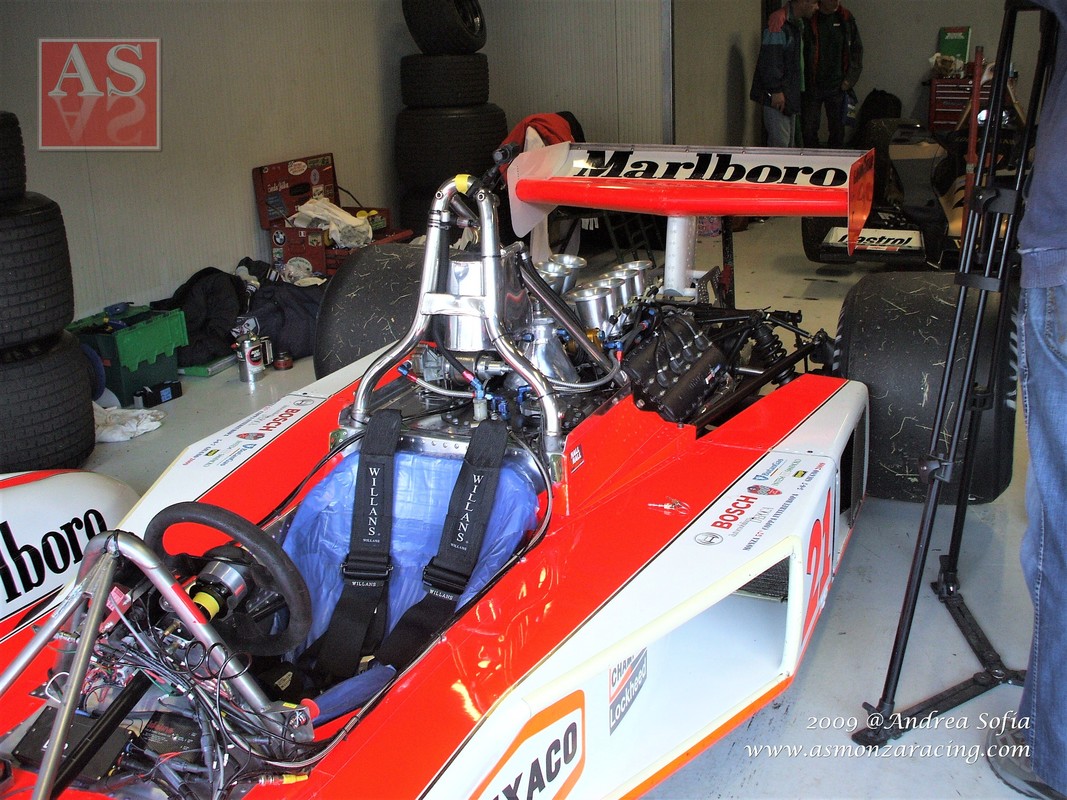 The radiators sidepods tunnels extended to delta and were an integral part of the monocoque. The outer surface was made of aluminum sheet, the inside was an insert in a single piece of fiber-glass, glued and riveted. Once fitted the insert, the empty space around the tank about two inches wide, was filled with polyurethane foam. The same foam was used to fill the empty spaces inside the monocoque.
At the beginning, in 1973 the tunnels housed both the water and oil radiators, then the oil radiators were transferred to the sides of the gearbox and in 1976 they found place in the extension of the tunnel before the rear wheels in a more efficient position. 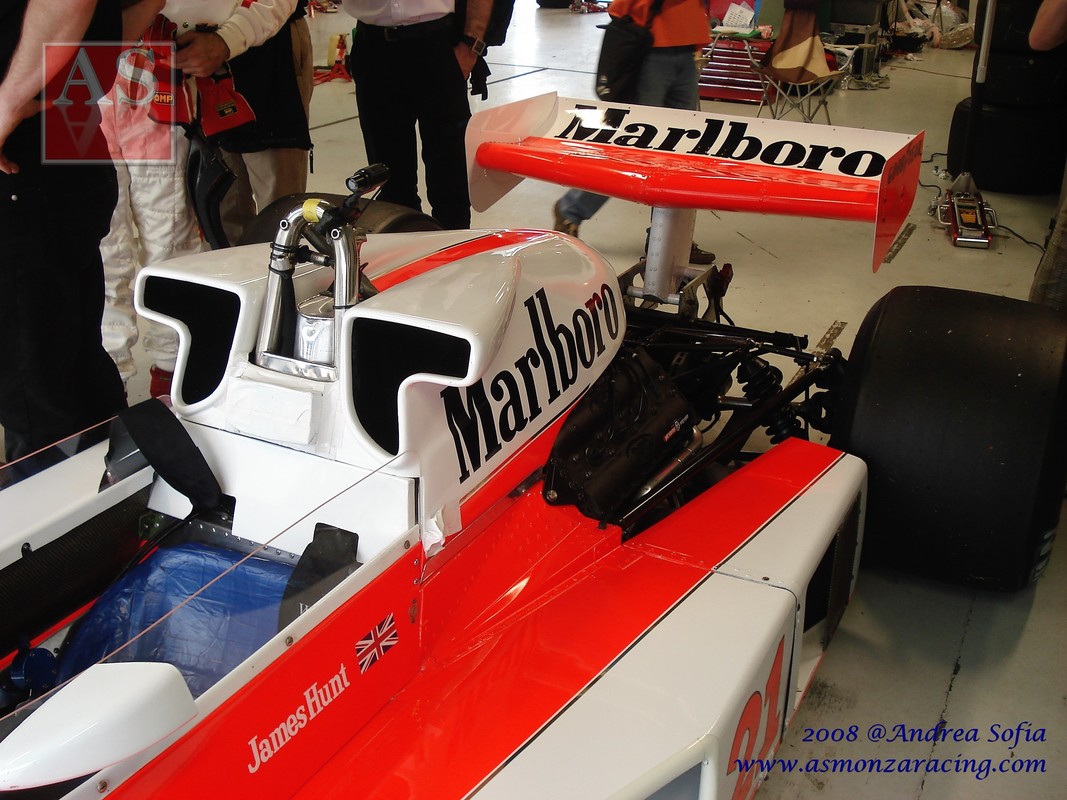 In the period when the M23 ran, there were three different types of air-boxes. Two of these, between 1973 and the beginning of 1976, were high as in vogue at the time. Starting from the Spain Grand Prix in 1976, due to new rules, was introduced what is seen in the picture.
The rear suspension scheme was very simple. It had an reverse lower wishbone e connected on the underside of the gearbox, a single top-link attached to a support frame and twin radius rods anchored to the chassis. 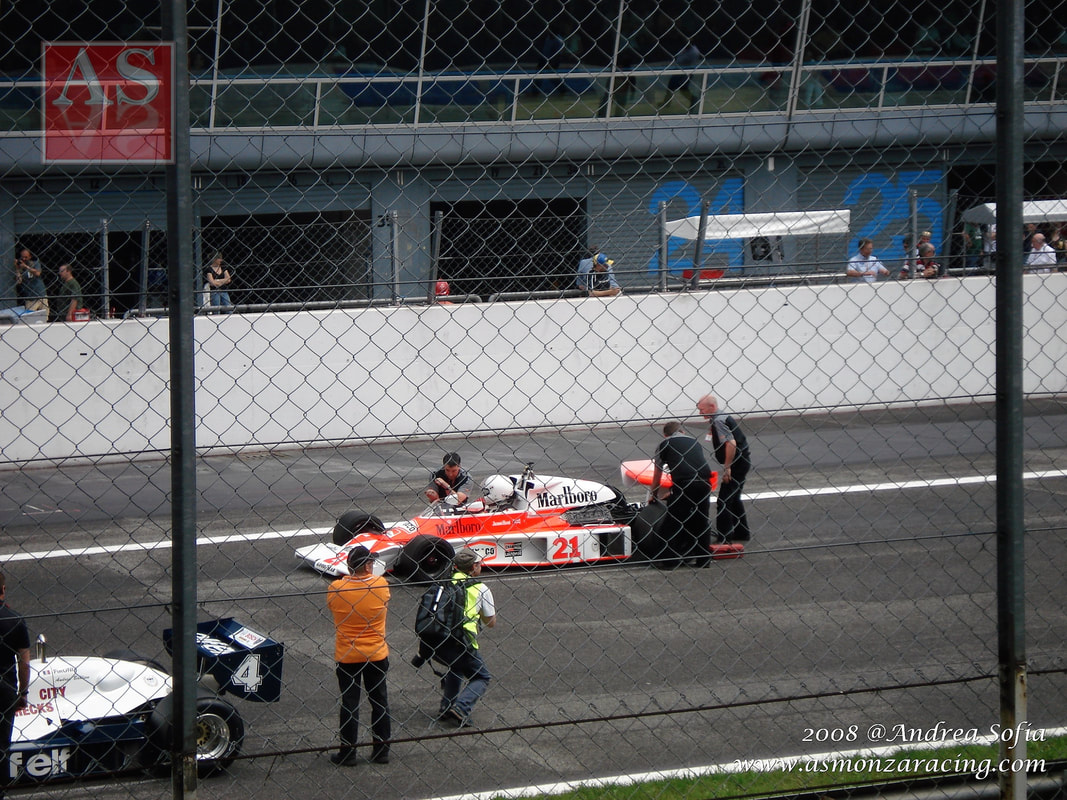 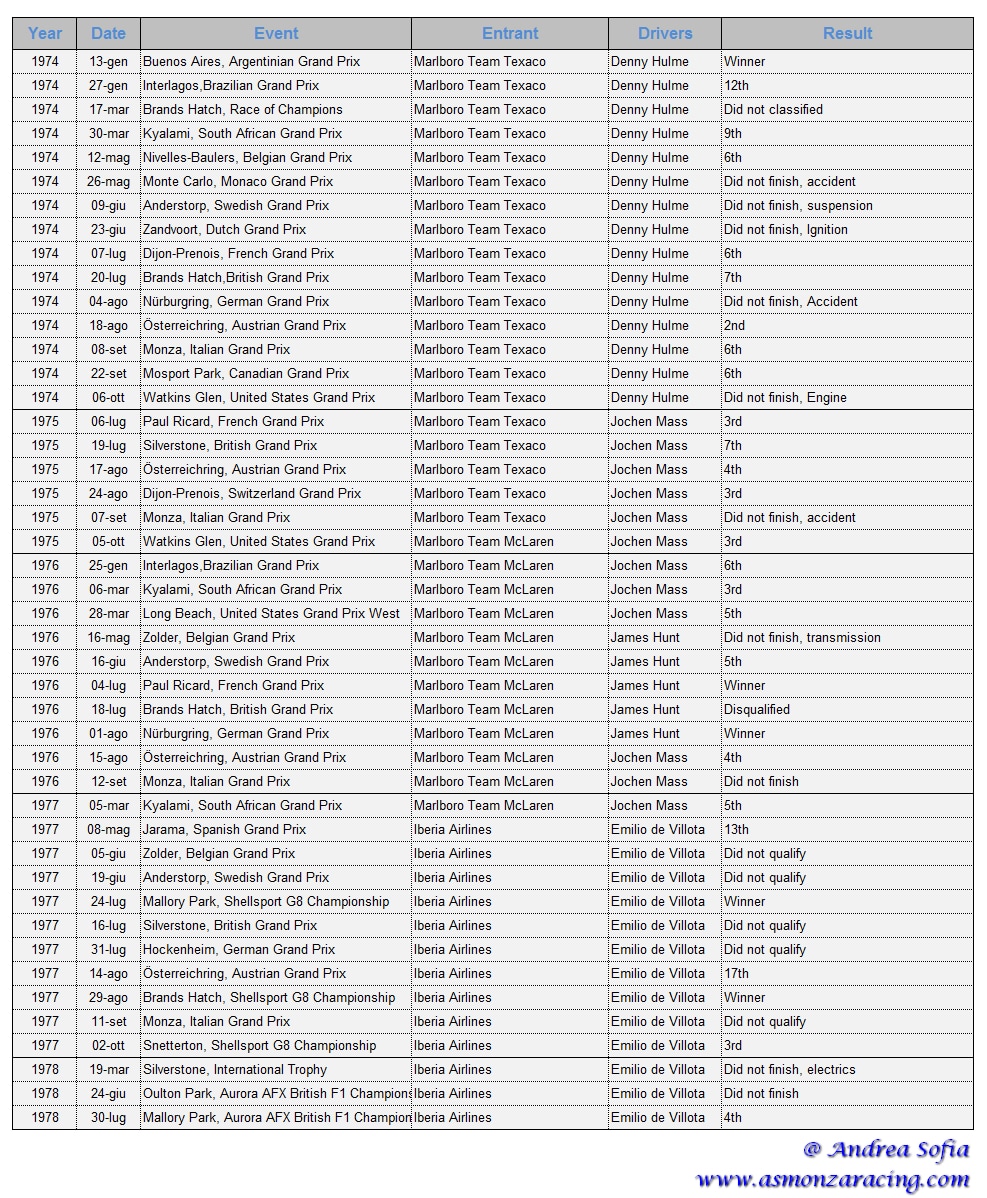 McLaren M23 1973 onwards (all marks) - Owner's Workshop Manual - Ian Wagstaff - Haynes
In English, with many colour photographs, the McLaren M23 is told and unveiled in all details. A great publication that starts from the origins of the brand retraces the story of this iconic car through the testimonies of designer Gordon Coppuck and some of the drivers, technicians, mechanics and current owners who intertwined their lives with one of the longest formula ever built. A very detailed section on the technical analysis of the car and the restoration, including a section dedicated to the Ford Cosworth DFV engine. Complete the section that tracks the history of each single frame built. Book unmissable.