The opening round of the 1983 European Touring Championship (ETCC) in Monza saw after an exciting race climbing on the highest pitch of the podium Dieter Quester and Carlo Rossi with the BMW 635 CSI prepared by Schnitzer, which preceded only 3.5 seconds the Jaguar XJS-HE TWR by Tom Walkinshaw and Chuk Nicholson. At the finish line, the two cars arrived at a distance of no more than 200 meters after 500 kilometers of racing ended at over 160 km/h in average. Up to 10 laps from the end, the Walkinshaw/Nicholson's Jaguar XJS ran the race comfortably but as Nicholson was on the wheel, the engine bonnet began to open due to a retaining clip broken. Two pit stops were needed in which the crew tried to fix the bonnet with lots of adhesive tape and the car dropped back to fourth place behind three BMW 635. The Nicholson’s furious recovery in the last couple of laps needed only to regain his second position and to entertain the public (among which I was also). 39 Group A cars took the road of 500 km, divided into three classes. The victory in the class up to 2.5 liters went to Alfa Romeo GTV6 Imberti raced by Lella Lombardi and Giancarlo Naddeo, who despite the delay in preparation proved to be the strongest in his class. The class up to 1.6 liters was a Volkswagen deal that conquered all podium. According to estimates of the period, the event was attended by no less than 15,000. 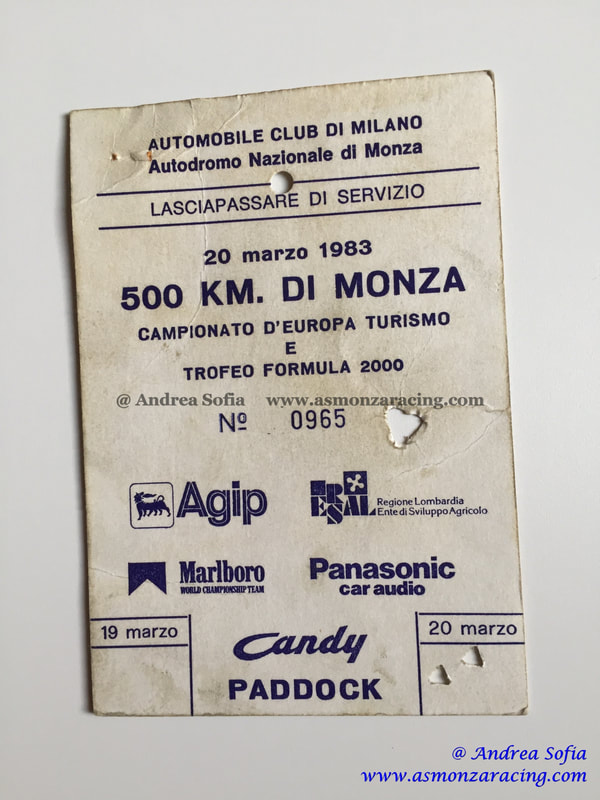 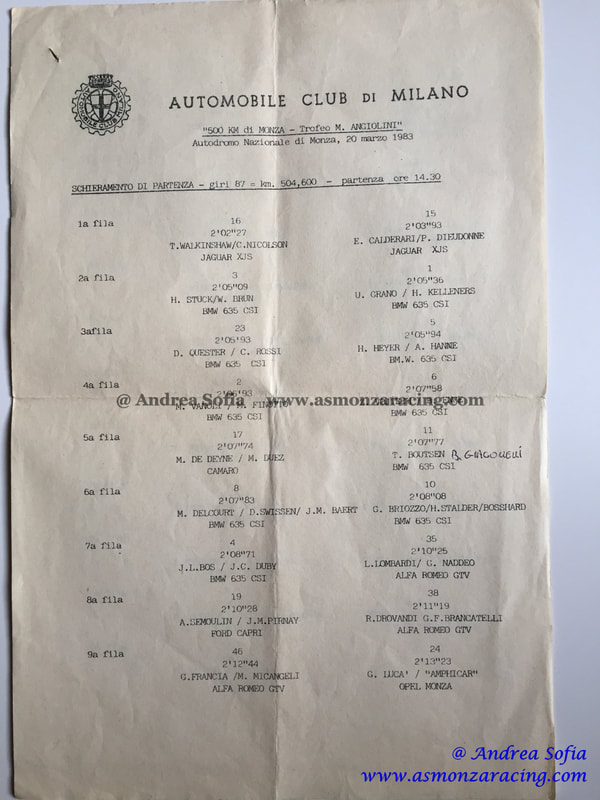 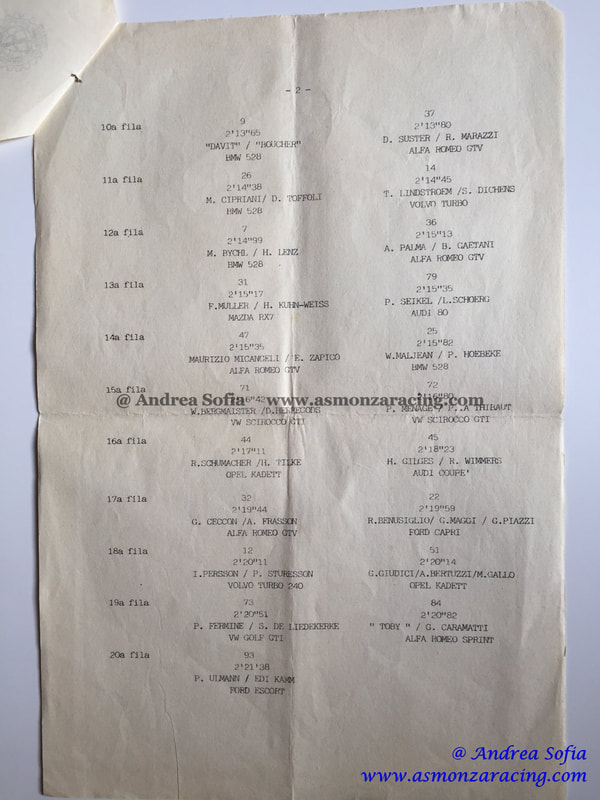 Ten specimens at 500 Km of Monza, including an official BMW Motorsport car. With the exception of the latter, all cars were powered by the 285 hp Alpina engine. 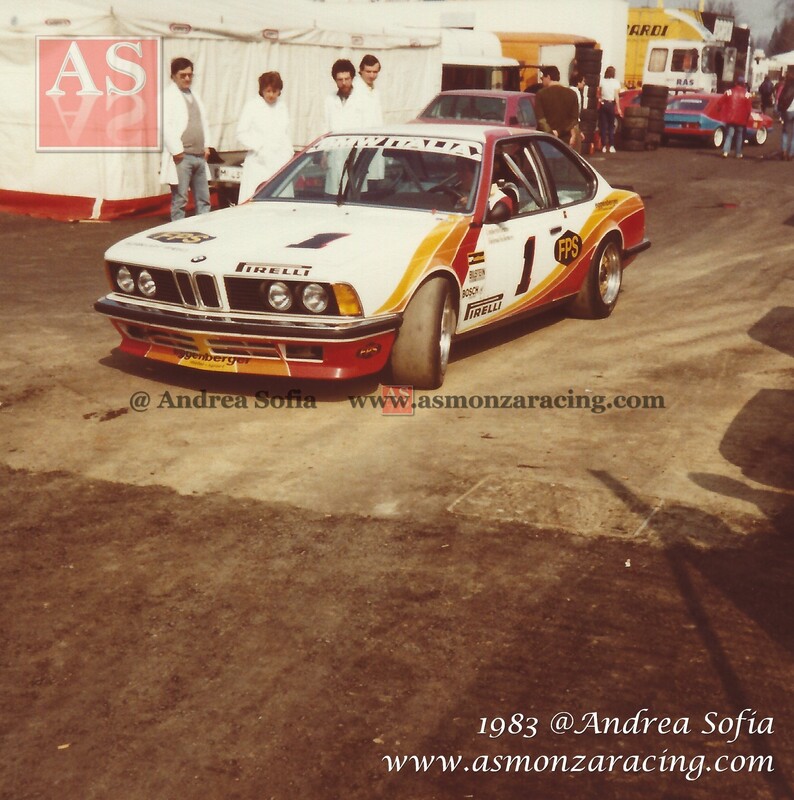 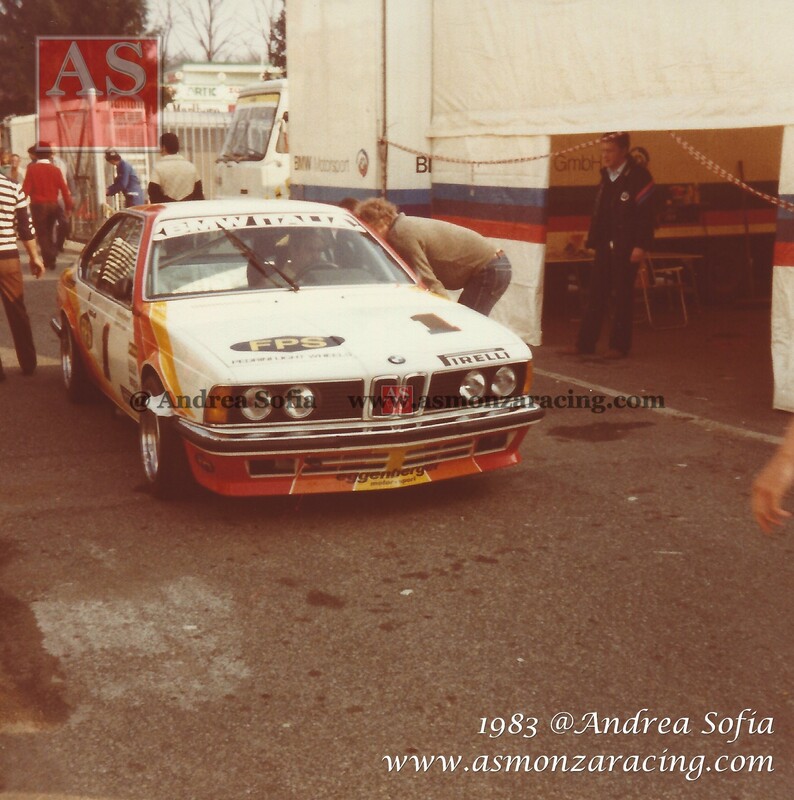 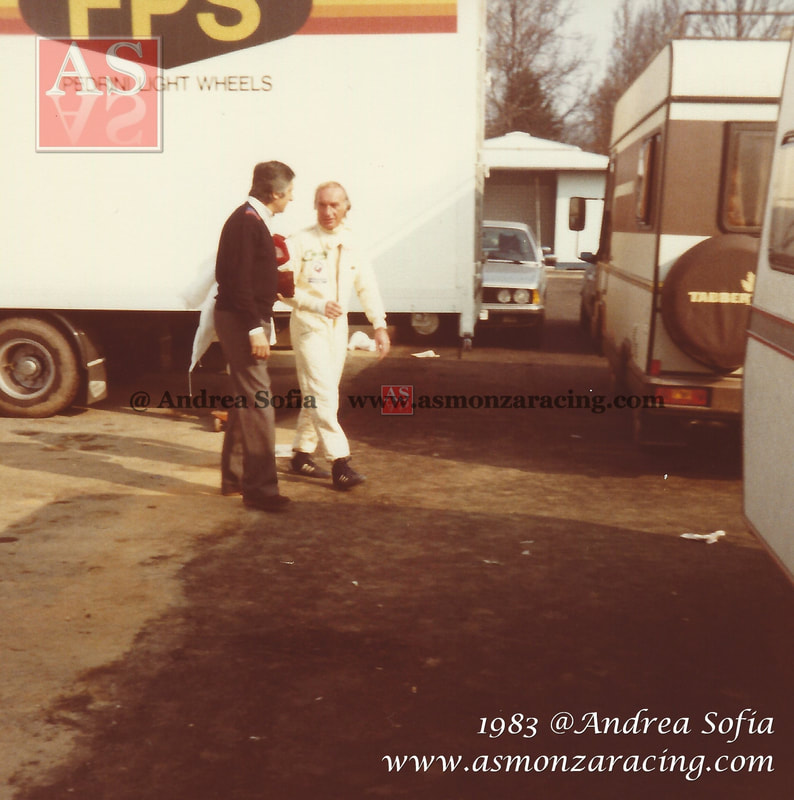 The two cars present, heavy 1400Kg, mounted a V12 5.3-liter 385 hp. In Monza they proved to be the fastest, demonstrating undisputed superiority. Eventually, they lost the race to break a bonnet retaining clip after having dominated just a few miles from the end. The second car, that of Pierre Dieudonné and Enzo Calderari was stopped by an engine failure. 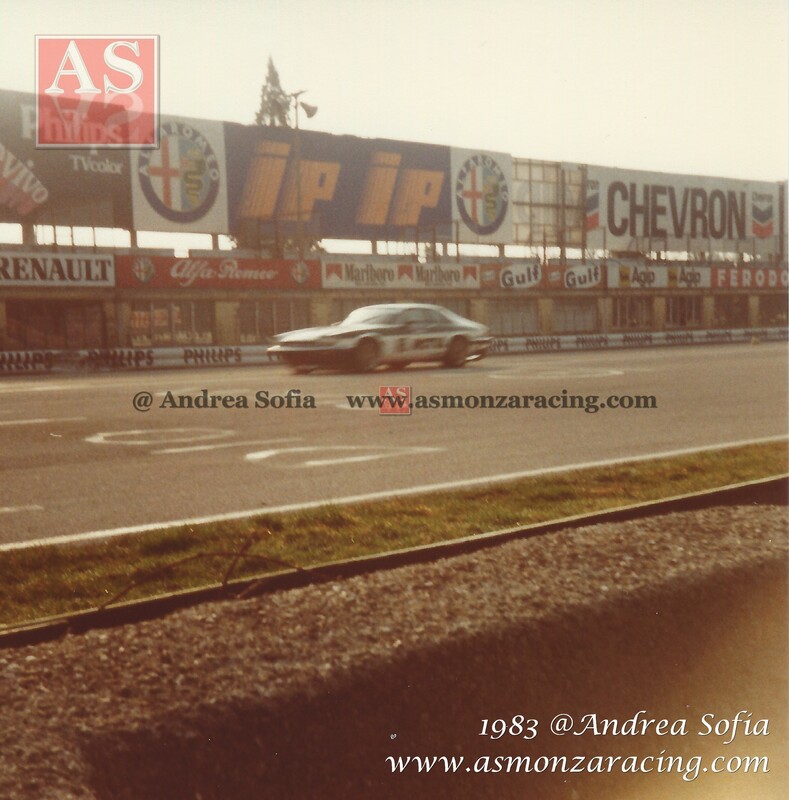 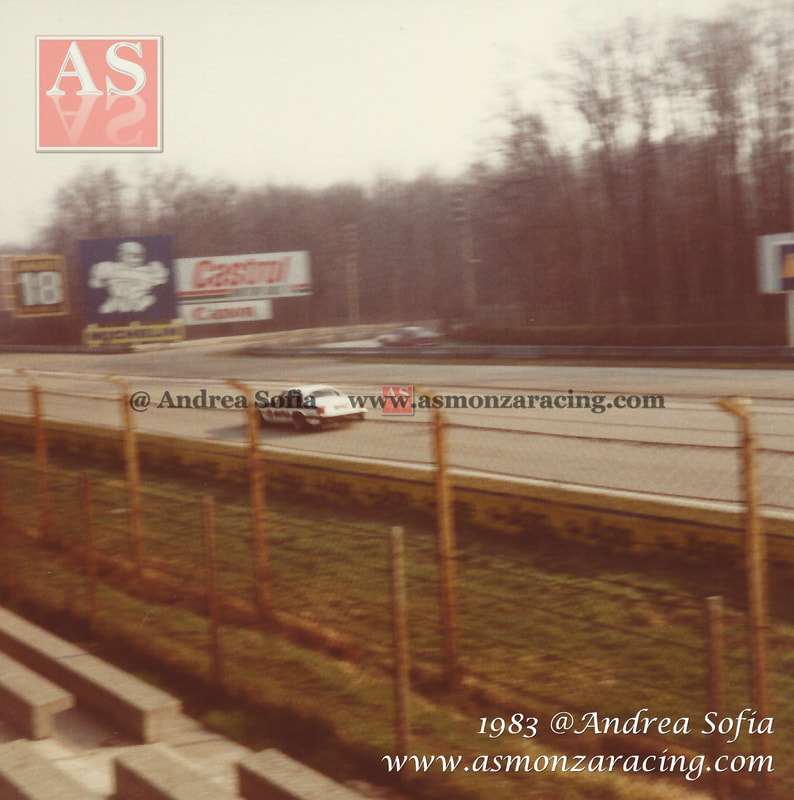 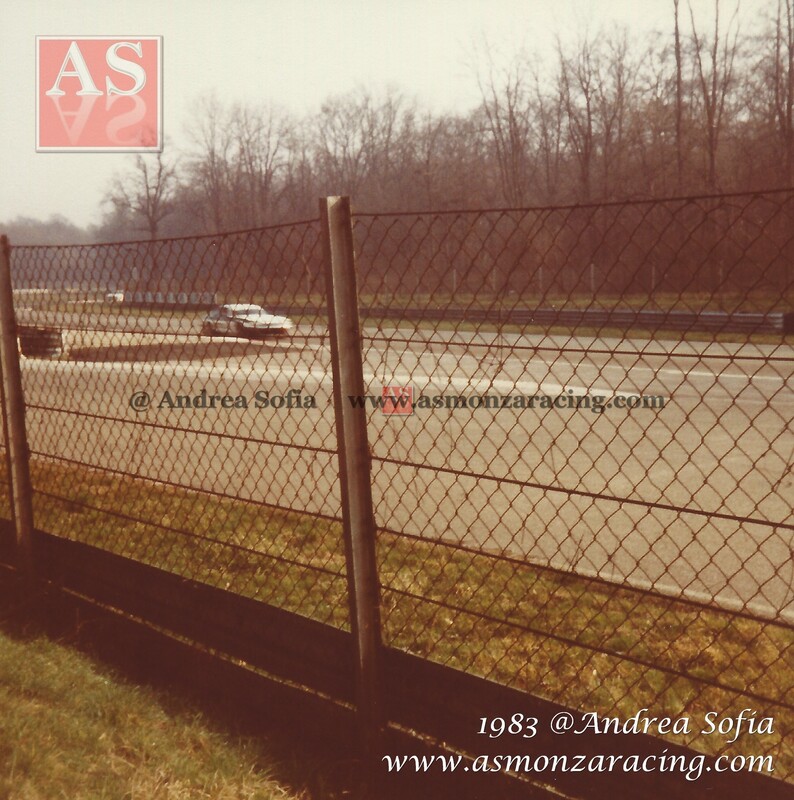 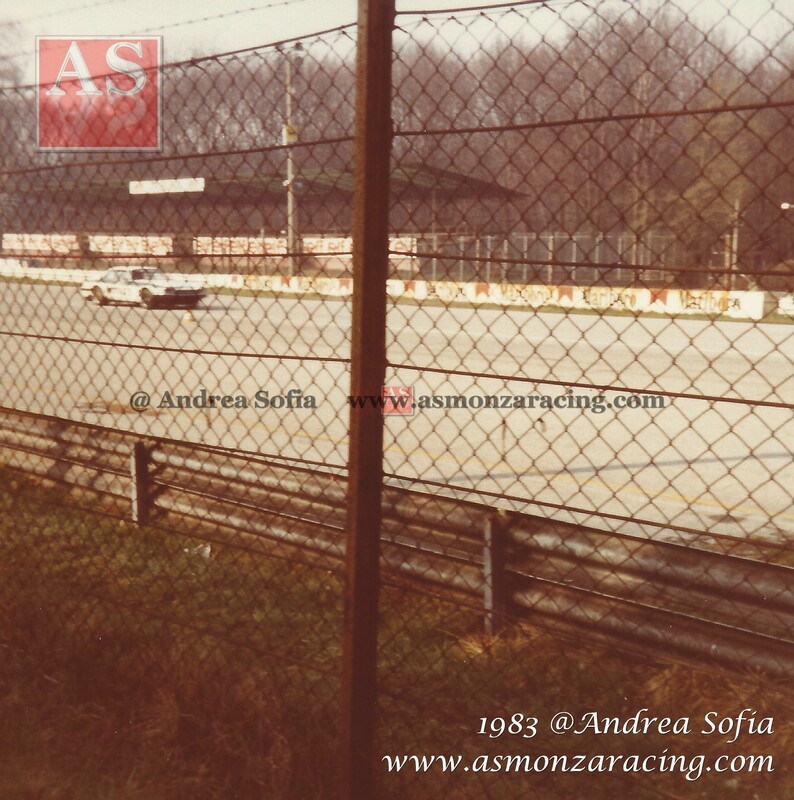 Altogether there were 8 Alfa Romeo Alfetta GTV6s, of which 3 cars were prepared by Imberti and 2 by Luigi Cimarosti. The V6 engines were credited with 230CV. Despite being the fastest, it was not an easy race for Arese cars: they stopped all due to mechanical failures except two cars prepared by Imberti who finished first and fourth in class. 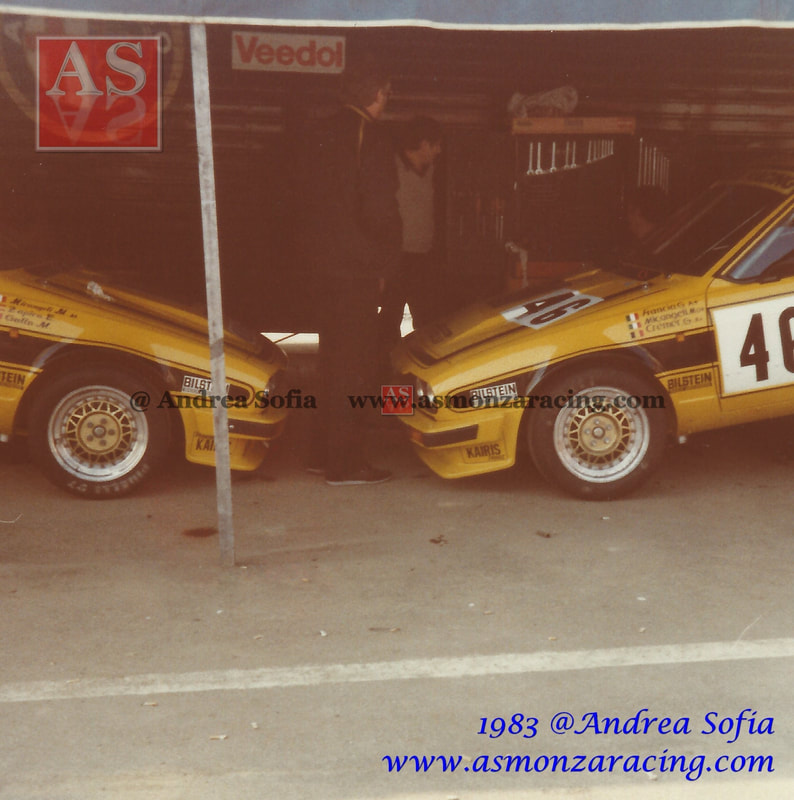 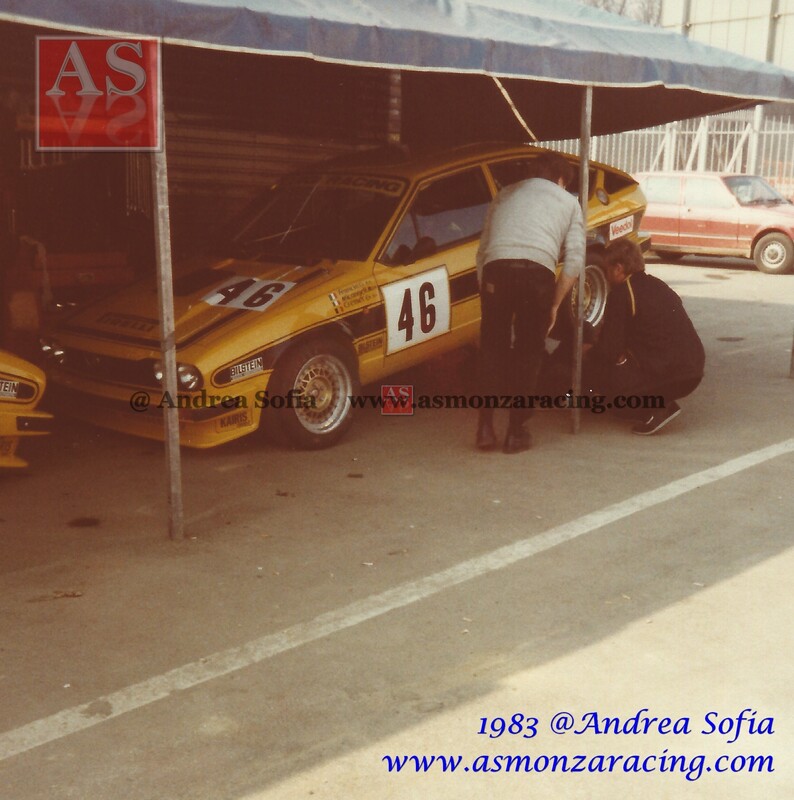 Despite the appearance, the two cars present were considered to be of high competitive level. The engine equipped with a Garrett turbine at a 1 bar pressure developed 200 hp. They were equipped with suspensions mounted on uniball joints and central locking nut for the wheels.

The only Chevrolet Camaro Z28 ever spectacular but relatively ineffective in the hands of the crew composed by Michel De Deyne and Marc Duez finished in 10th place. 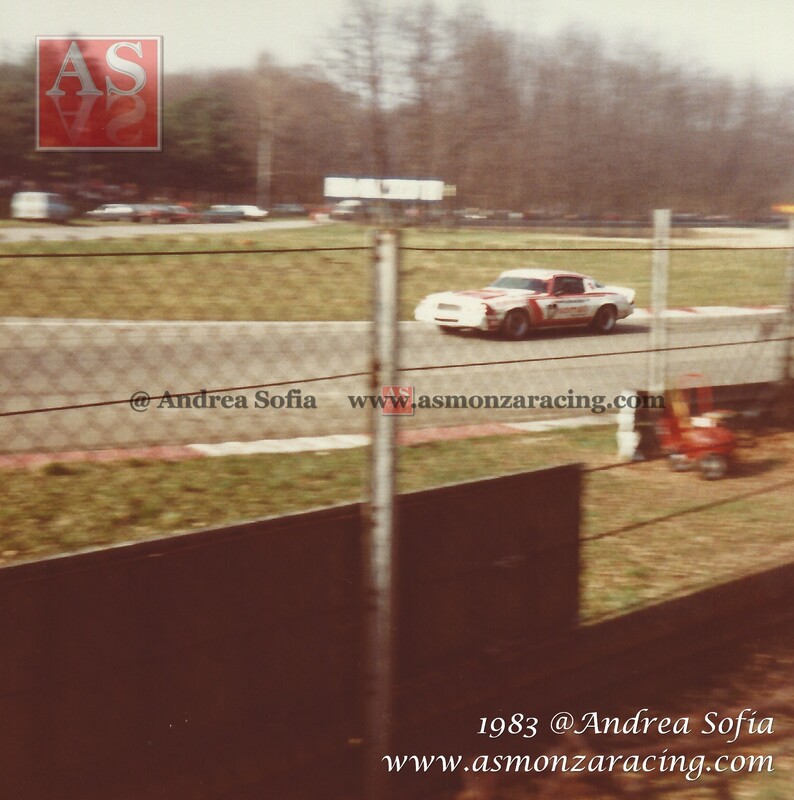 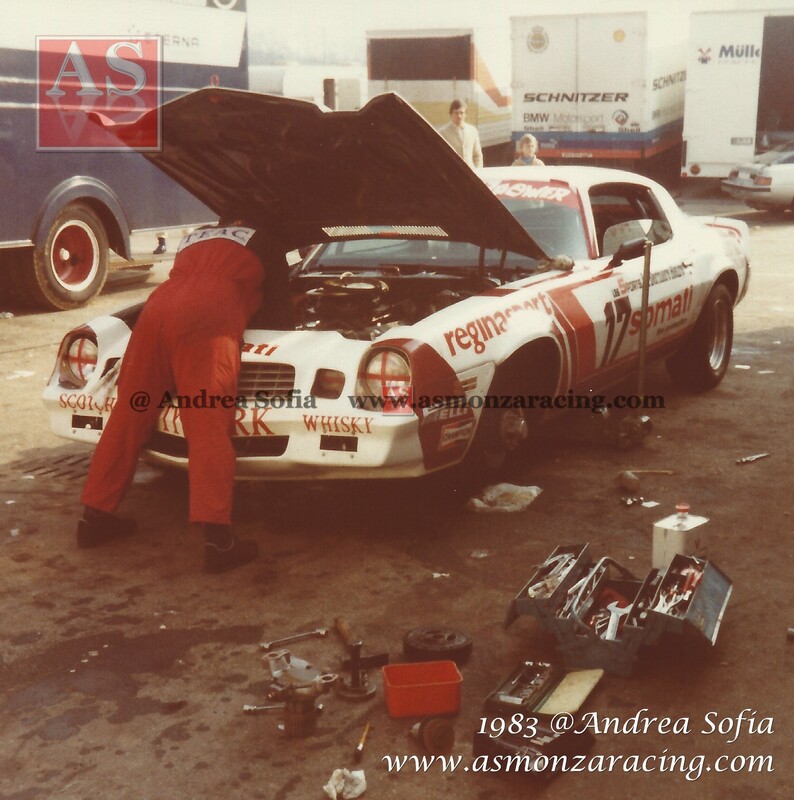 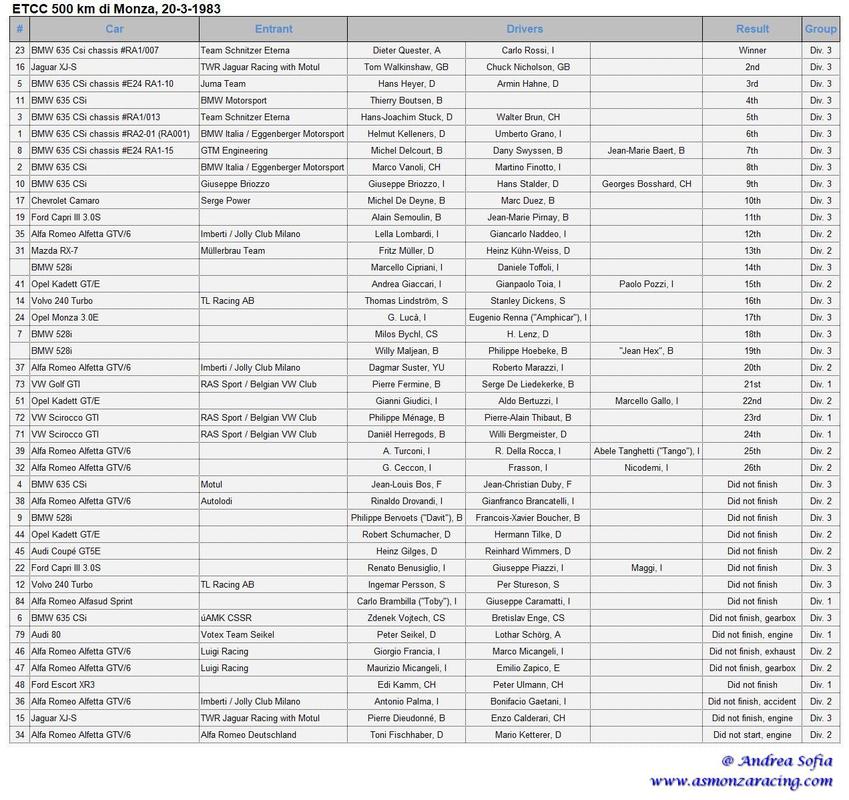 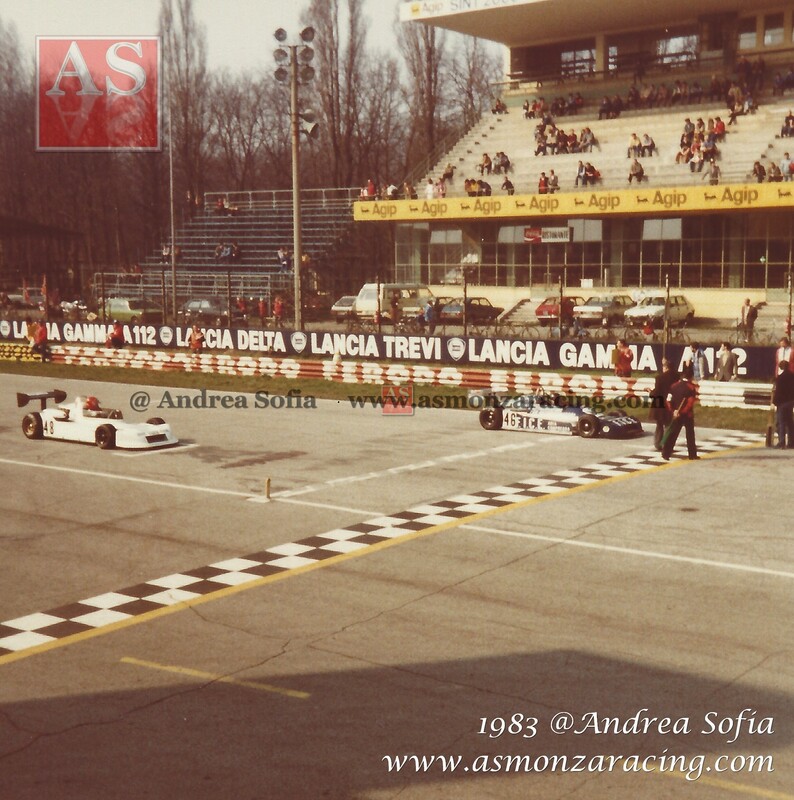 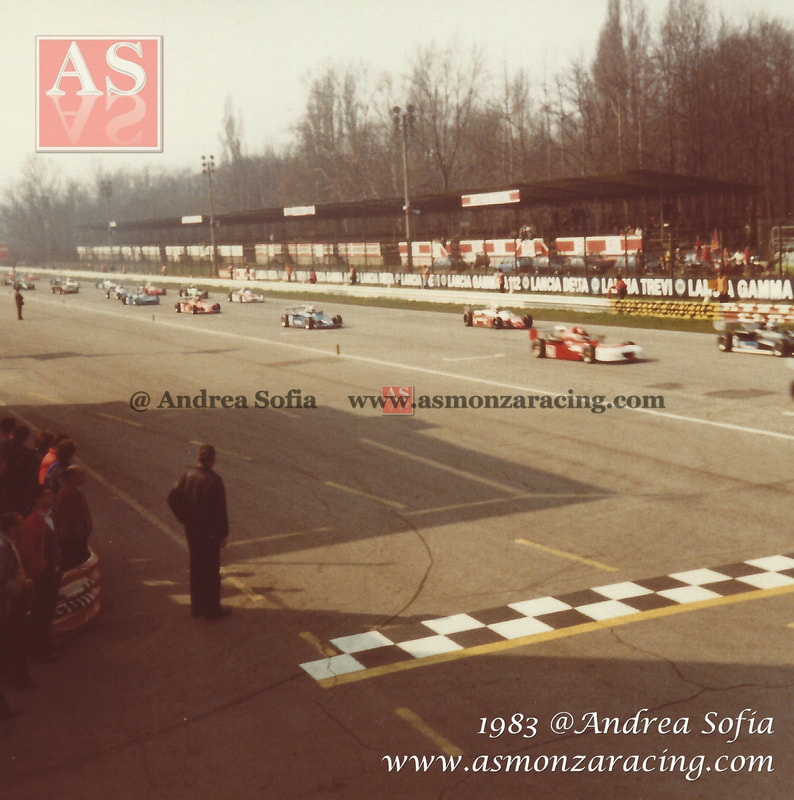 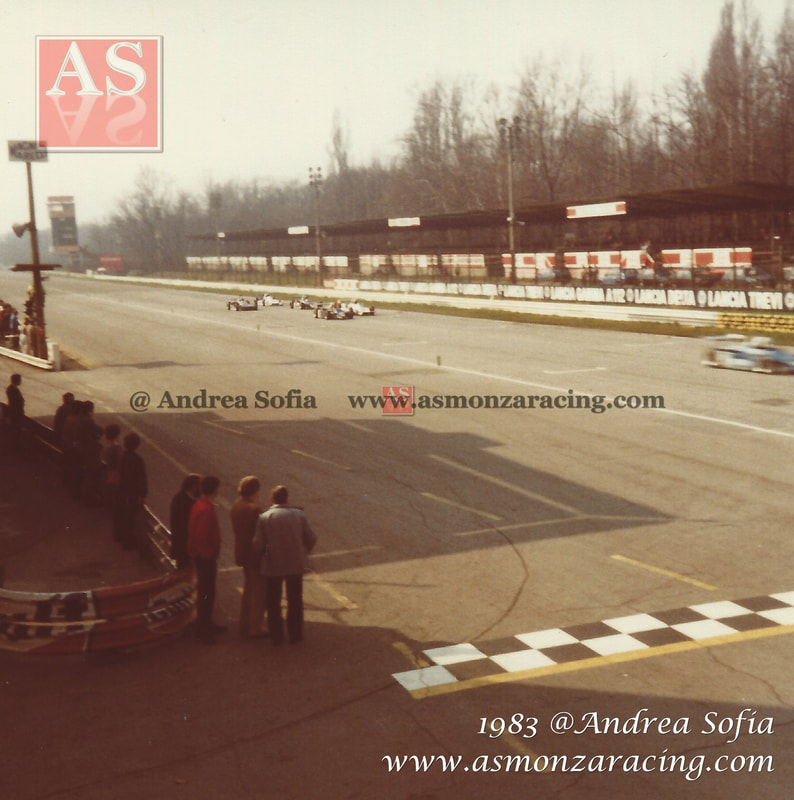 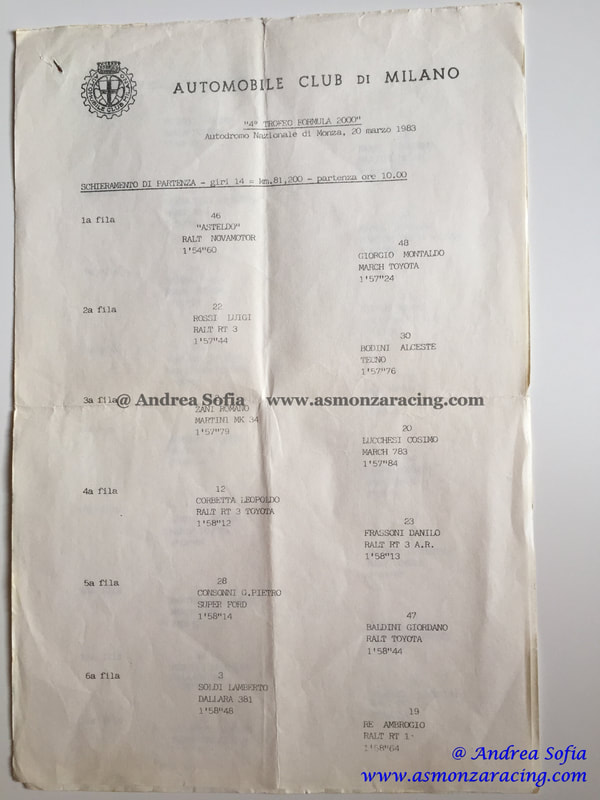 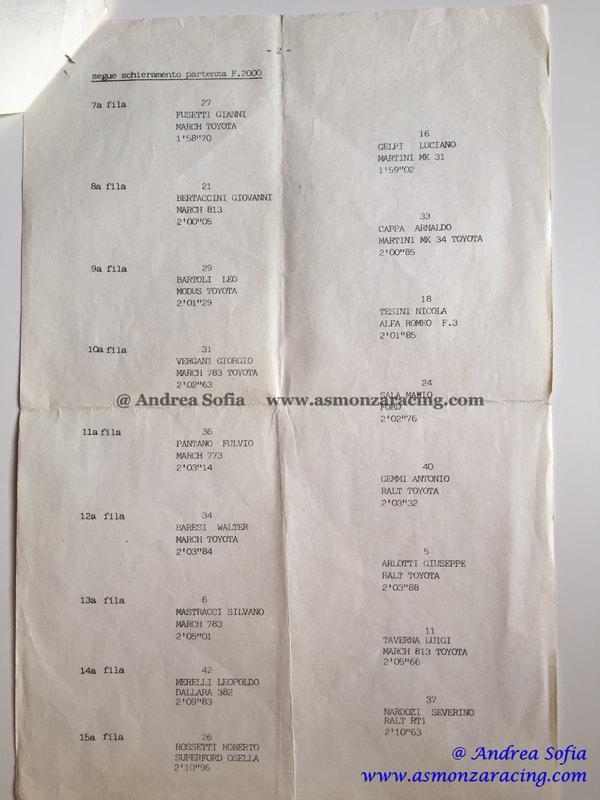