50 crews at the start of the 500 km of Monza first race of the 1984 European Touring Cars Championship, divided into three classes based on displacement: Up to 1600cc, up to 2500cc and over 2500cc. The event was characterized by dry and sunny weather during the practices and rain during the race that helped to standardize the performance of the cars. From the tests carried out the week before the event, it was clear that the Jaguar XJ-S HE would have been the cars to beat and in fact, as predicted won a Jaguar but it was anything but a walk for the TWR Team. In second place was placed the BMW 635 CSi of the BMW Italy Team tuned by Eggenberger and driven by Helmut Kelleners and Gianfranco Brancatelli less than 8 seconds behind. 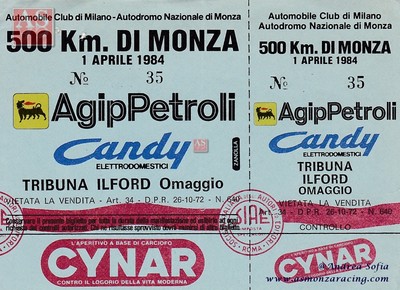 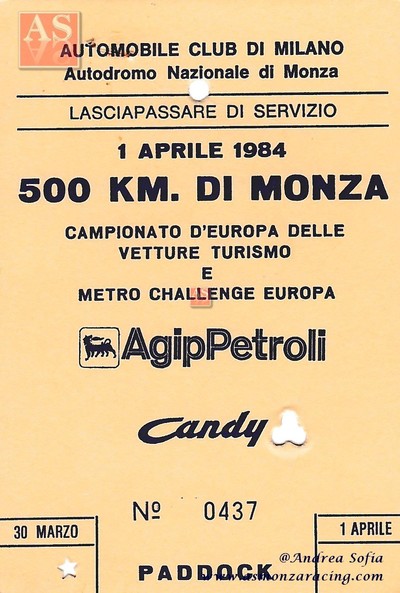 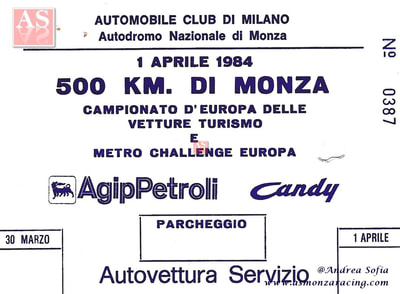 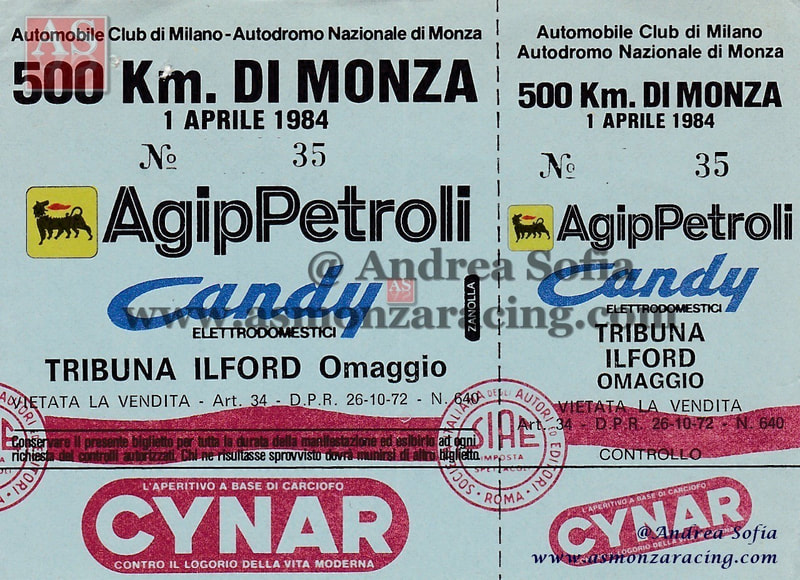 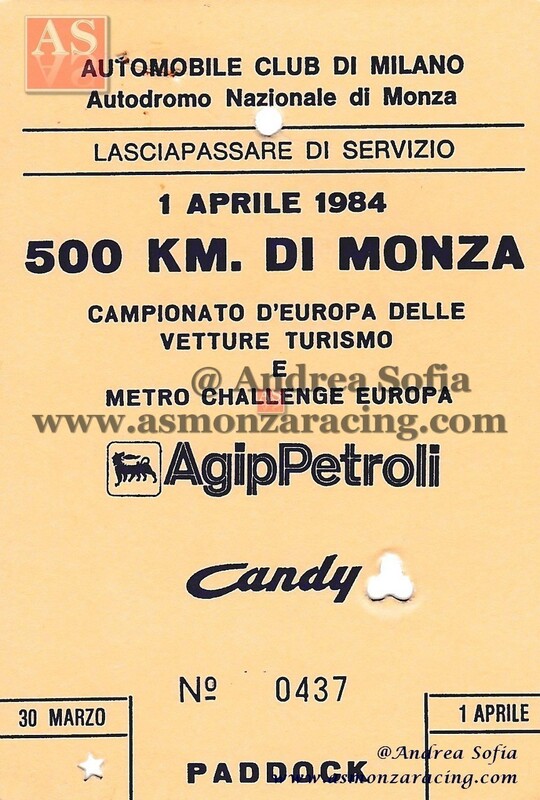 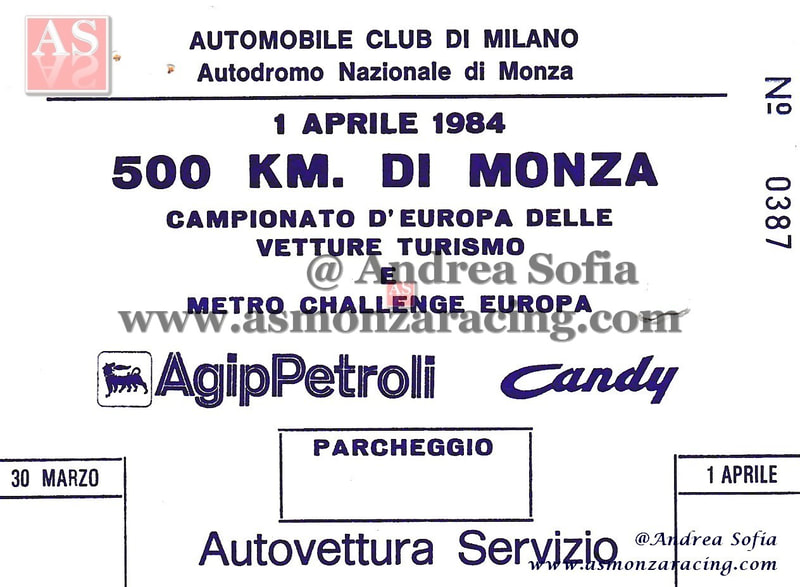 The works Jaguar XJ-S HE with 5.3-liter V12 engines with more than 400 hp tuned by Tom Walkinshaw’s TWR were 3 and were entered for the crews composed by Tom Walkinshaw/Hans Heyer with the car #7, Chuck Nicholson/Win Percy with the car #8 and Martin Brundle/Enzo Calderari with the car #9.
The fast British coupes in Monza conquered the front row with Walkinshaw/Heyer in pole position and Nicholson/Percy seconds while Brundle/Calderari were placed in the second row with the fourth fastest time. In the race the car that had less problems, that of Tom Walkinshaw and Hans Heyer won even if a wrong choice of tires forced the crew to an attack race to recover the first position against the BMW 635 CSi of Kelleners/Brancatelli. The Brundle/Calderari’s car was classified thirteenth after having lost time in the pits due to a stone had damaged the radiator while the Nicholson/Percy's car was forced to retire on lap 17 due to an engine failure. 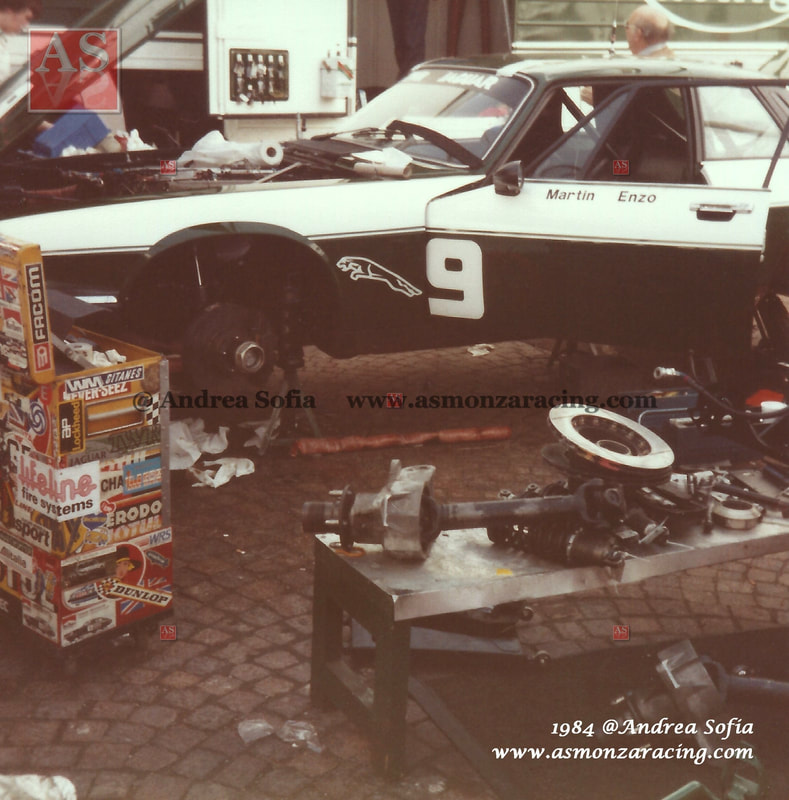 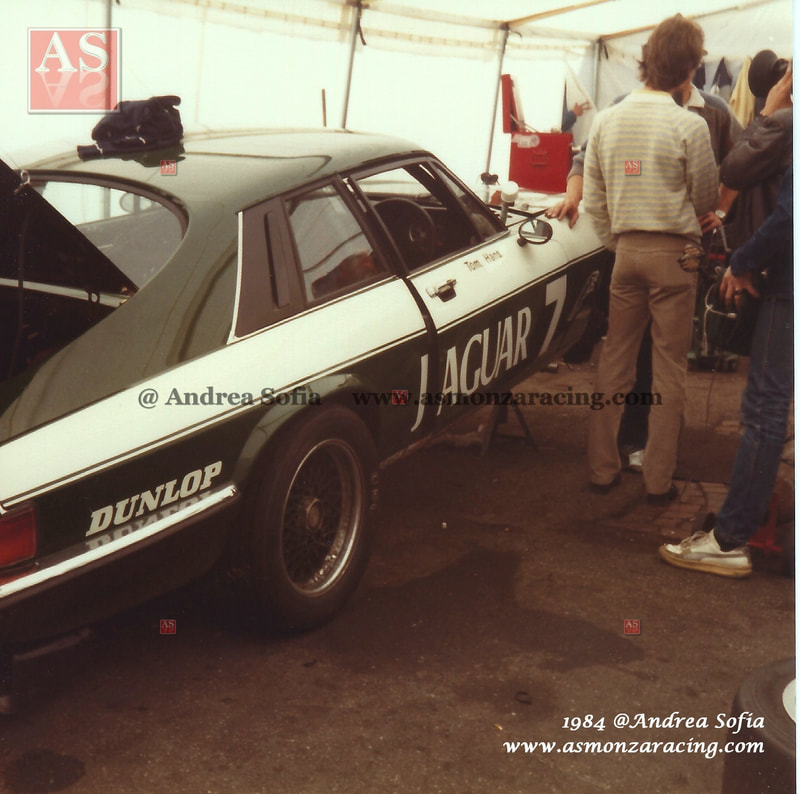 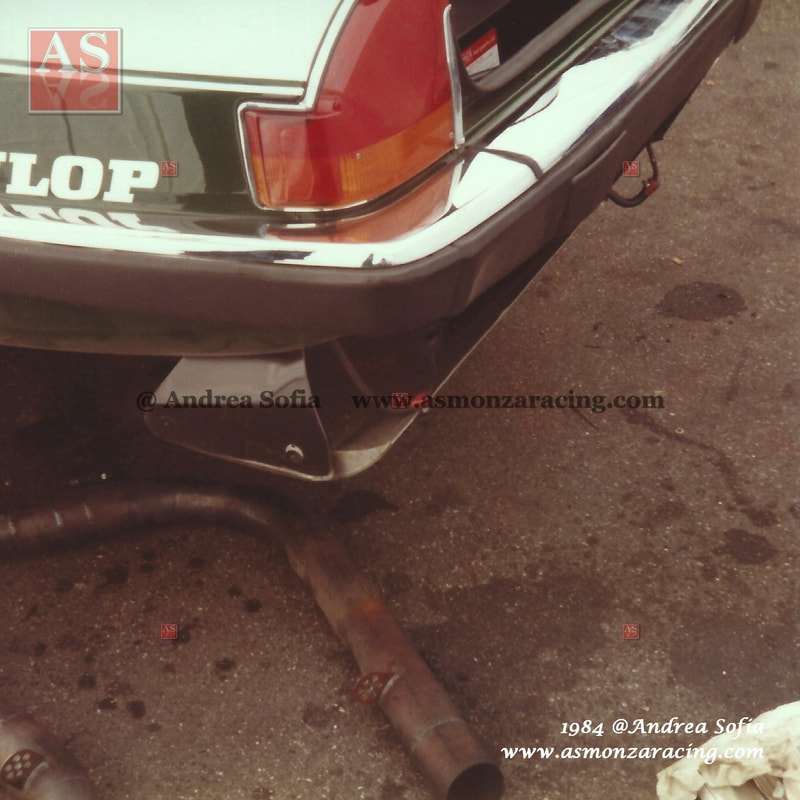 There were also two works Rover Vitesse present at Monza, tuned as set-up by Tom Walkinshaw's TWR. The team was managed directly by Austin Rover Group Ltd. company which provided to prepare the 3.5-liter V8 engines with over 300 hp. The crews were composed by Jeff Allam/Steve Soper with the car #11 and Armin Hanne/Marc Duez with the car #12. Already fast in the English Touring Championship the two Rover Vitesse even in Monza were very fast and in practice Hanne/Duez conquered the third faster time while Soper/Allam finished fifth. In the race both cars were afflicted by technical problems, the Soper/Allam's car stopped in the pits to repair a steering arm after hitting at the start the Nicholson/Percy's Jaguar and  then on lap 68 finished the race in the sand of the second chicane while the Hanne/Duez's car remained 8 laps in the pits to replace the cardan shaft and then again 4 laps due to a crushed exhaust pipe. 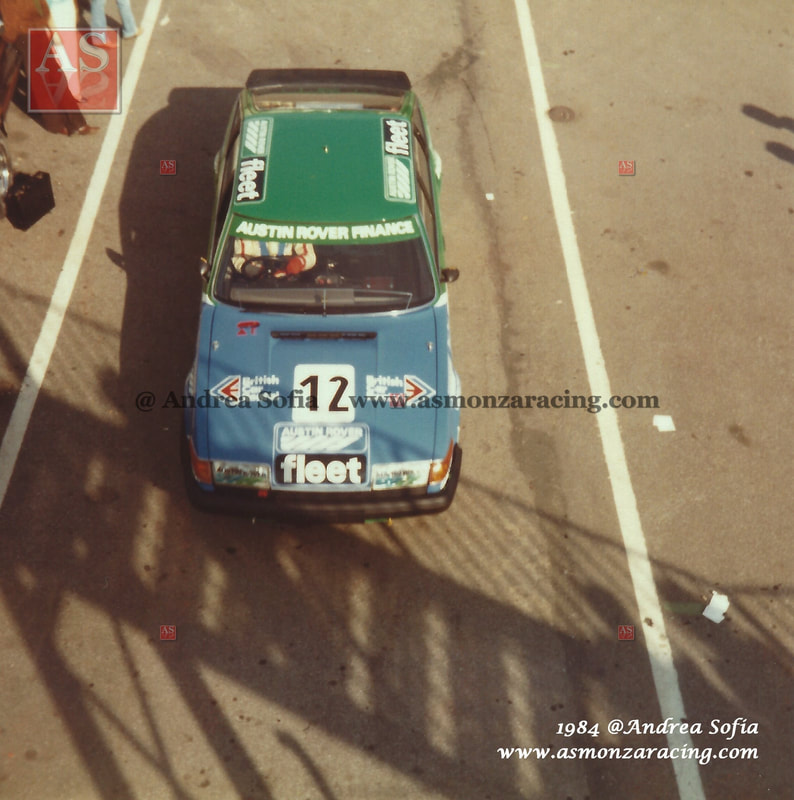 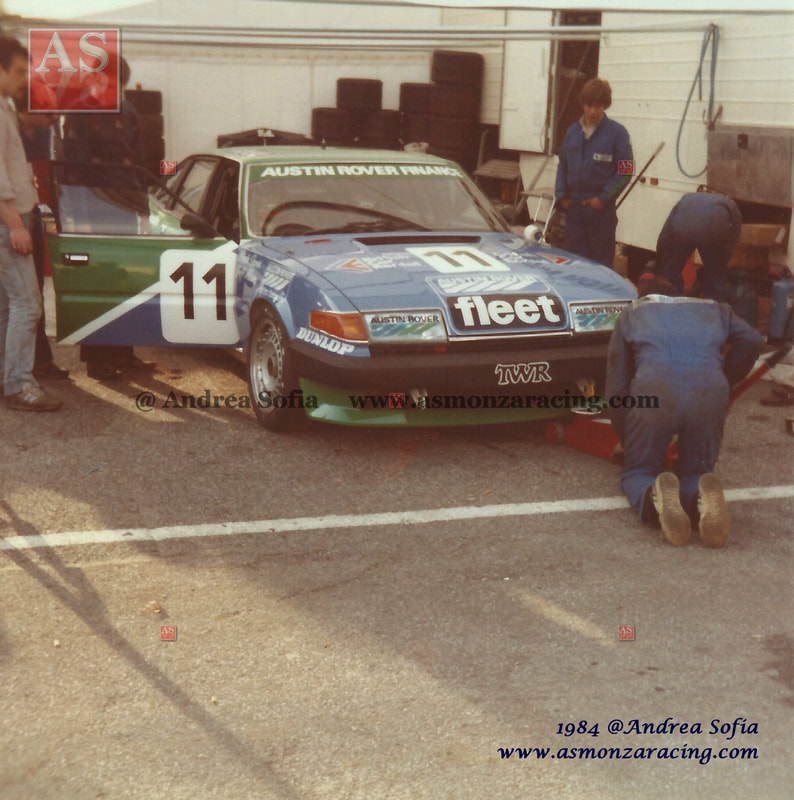 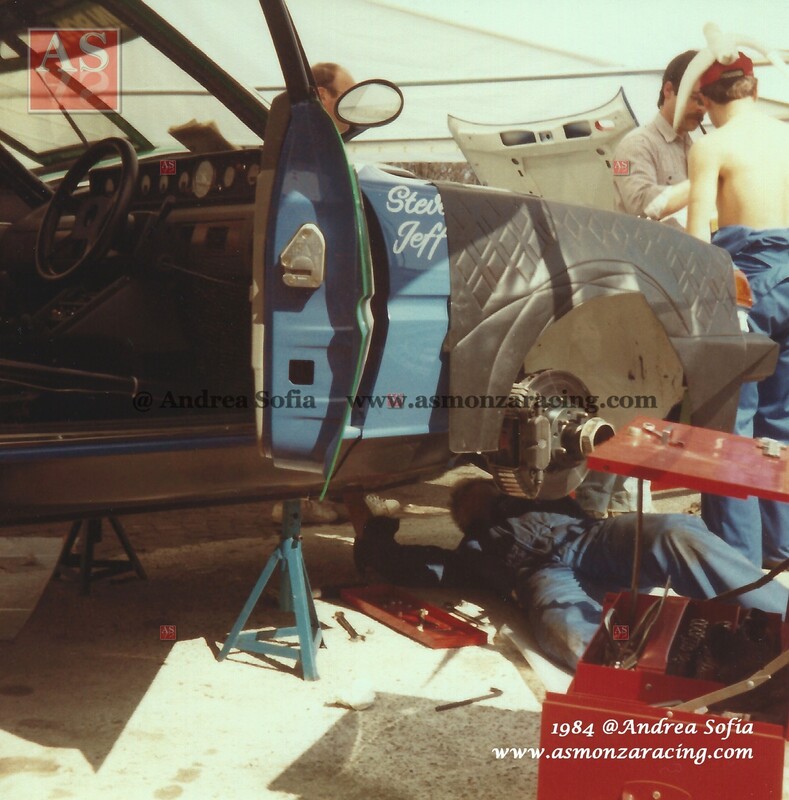 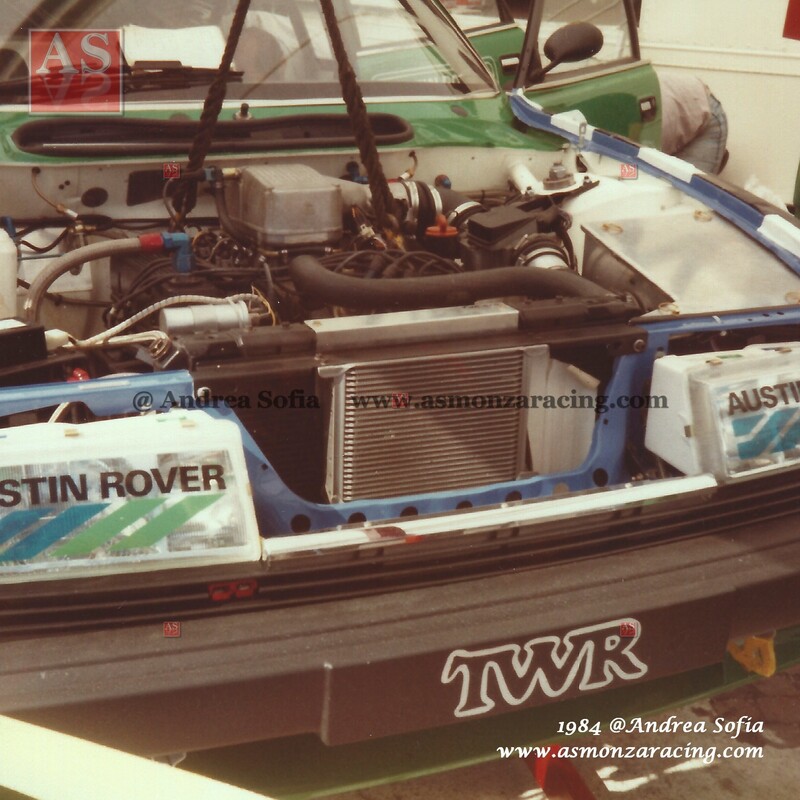 A surprising sixth position in practice for the Volvo 240 Turbo driven by Thomas Lindström and Valentin Simons. Very effective in practice, the car managed by the TL Racing Team equipped with a 2.1-liter turbocharged engine capable of over 330 hp, proved to be very effective even in the race so as to be able to go ahead and lead for some laps and then finished in sixth place. Of the other 4 cars present at event 3 of them started the race, one entered by Team Sportpromotion with the #16 and driven by Ulf Granberg and Greger Petersson, who qualified in eleventh place and forced to retire in the race due to the failure of a bearing and two entered by the Team Delcourt for Michel Delcourt/Pierre Dieudonné #4 and Patrick Nève/Jean-Marie Pirnay #3 respectively 16th and 28th in practice. In the race the car of Michel Delcourt and Pierre Dieudonné reached the twelfth place while that of Patrick Nève/Jean-Marie Pirnay was forced to retire. 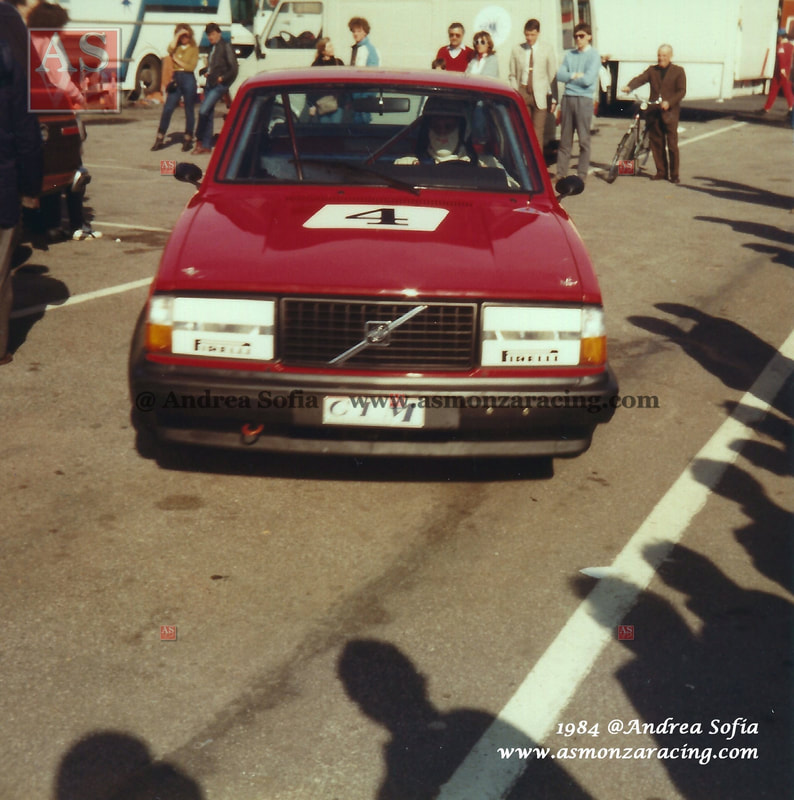 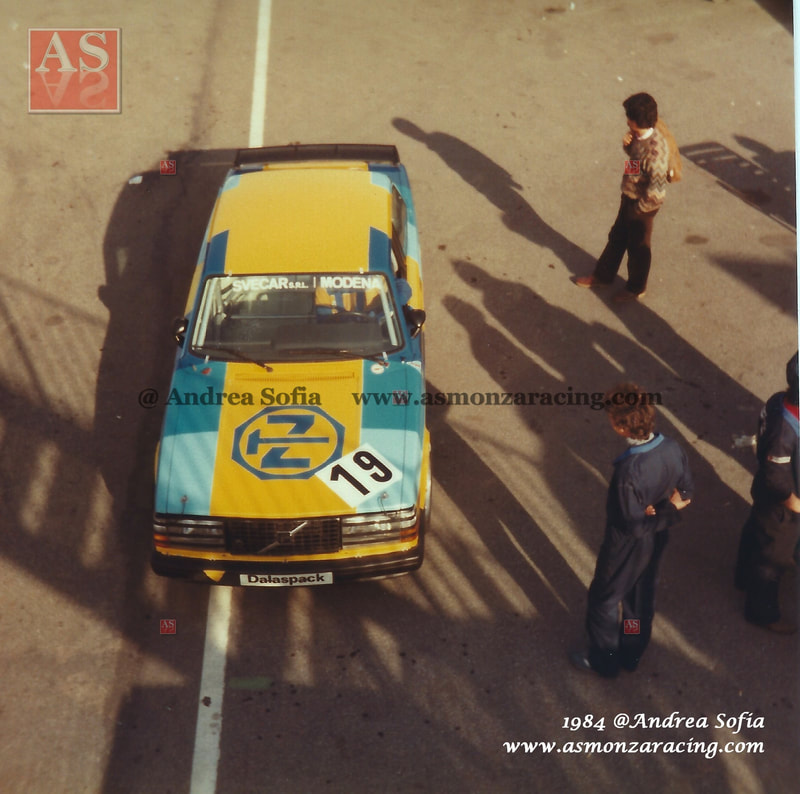 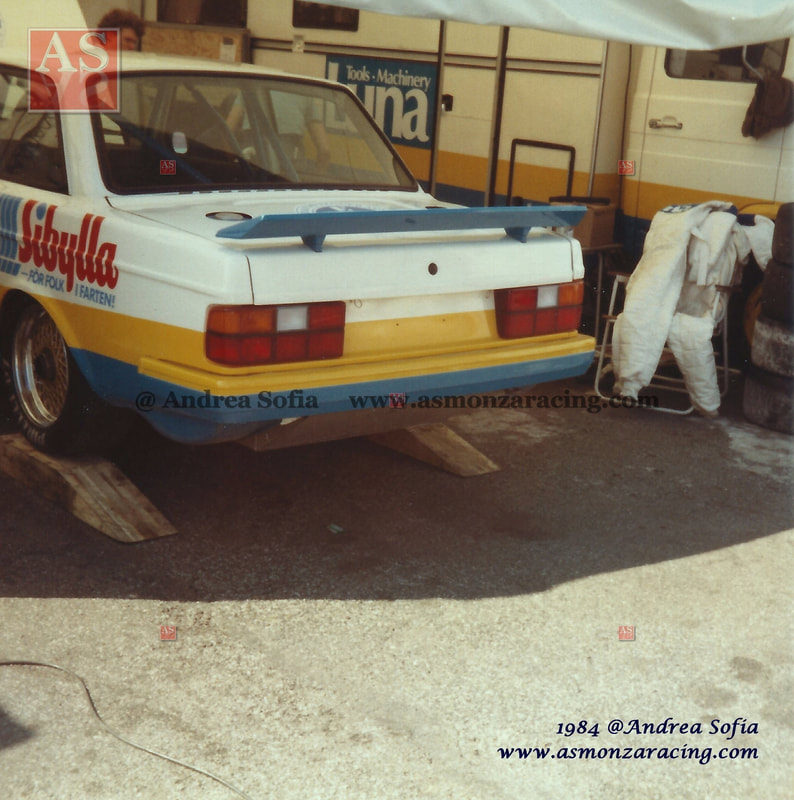 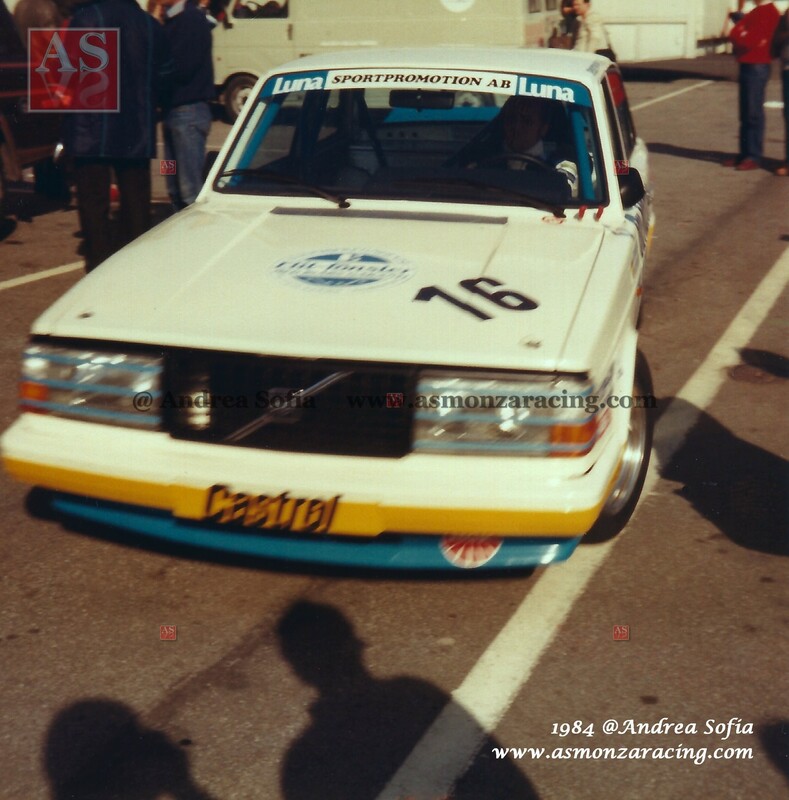 The BMW squadron was present in Monza with 21 cars 635 CSi in the class over 2500cc, managed by semi-works teams and private teams.
The Team Schnitzer fielded the crews composed of Formula 3 drivers Roberto Ravaglia and Gerard Berger and the reigning European champion Dieter Quester supported by Hans Joachim Stuck.
There were three cars prepared by Eggenberger, two for the BMW Team Italia with the crews Helmut Kelleners/Gianfranco Brancatelli and Umberto Grano/Siegfried Müller Jr. and one directly from Eggenberger for René Hollinger/Marco Vanoli. At the end of the race the best performing BMW was the one of the BMW Team Italia driven by Helmut Kelleners and Gianfranco Brancatelli, second at the finish line and for long at the lead up to 30 minutes from the end, when it was overtaken by Walkinshaw's Jaguar.
The Hartge Würth Motorsport Team was present in Monza with 3 cars and it seemed very competitive on paper. The cars were entered for the drivers Johnny Cecotto, Marc Surer, Stefan Johansson and Zdenek Vojtech. The only crew made up of Cecotto and Surer started the race while the other car had engine problems. Cecotto managed to get back in the race up to the fifth position but halfway through the race, an engine failure stopped his team-mate Surer. 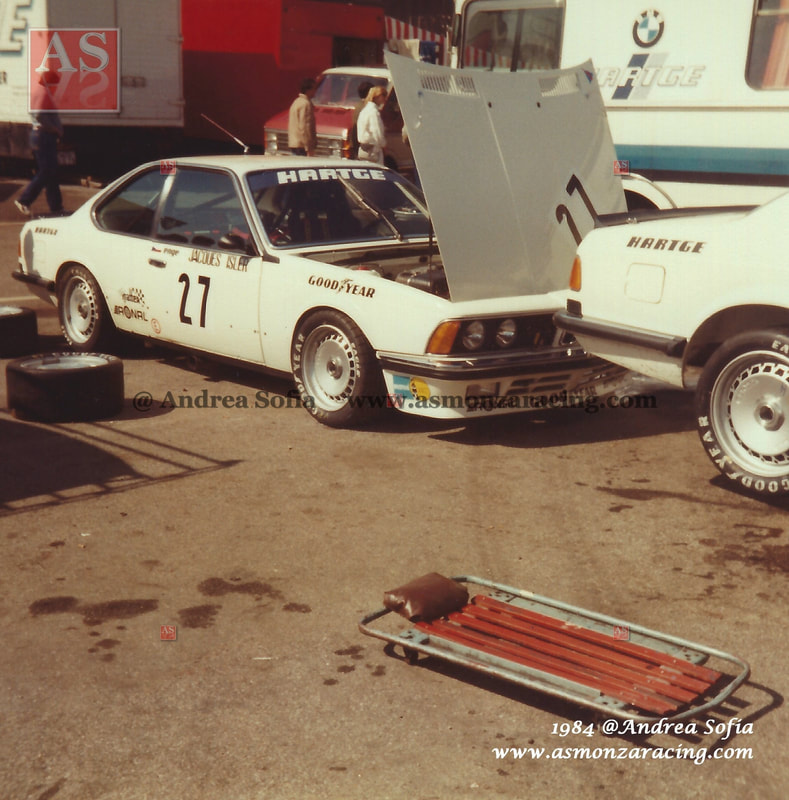 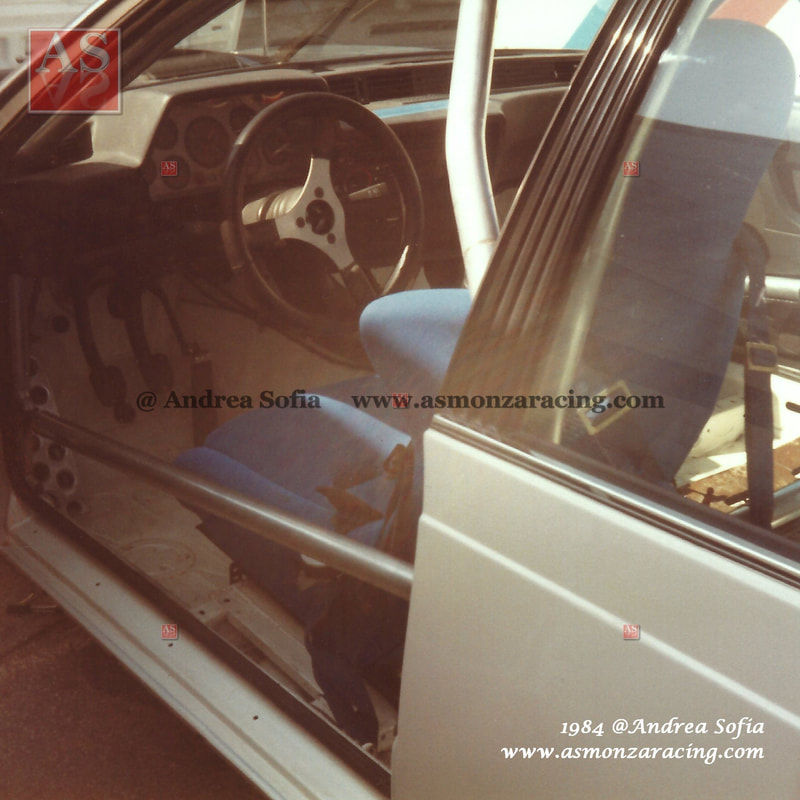 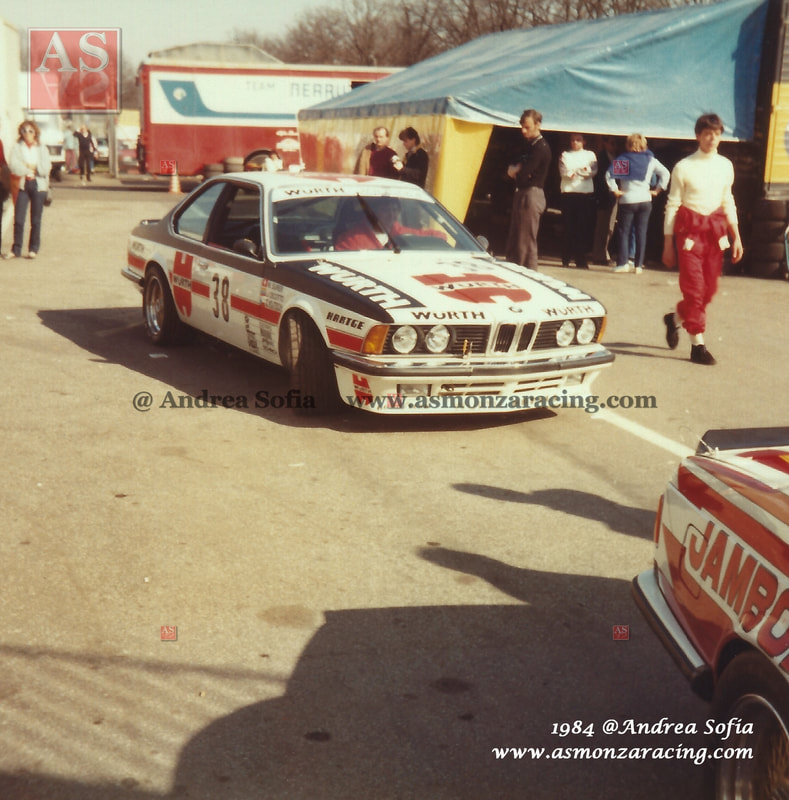 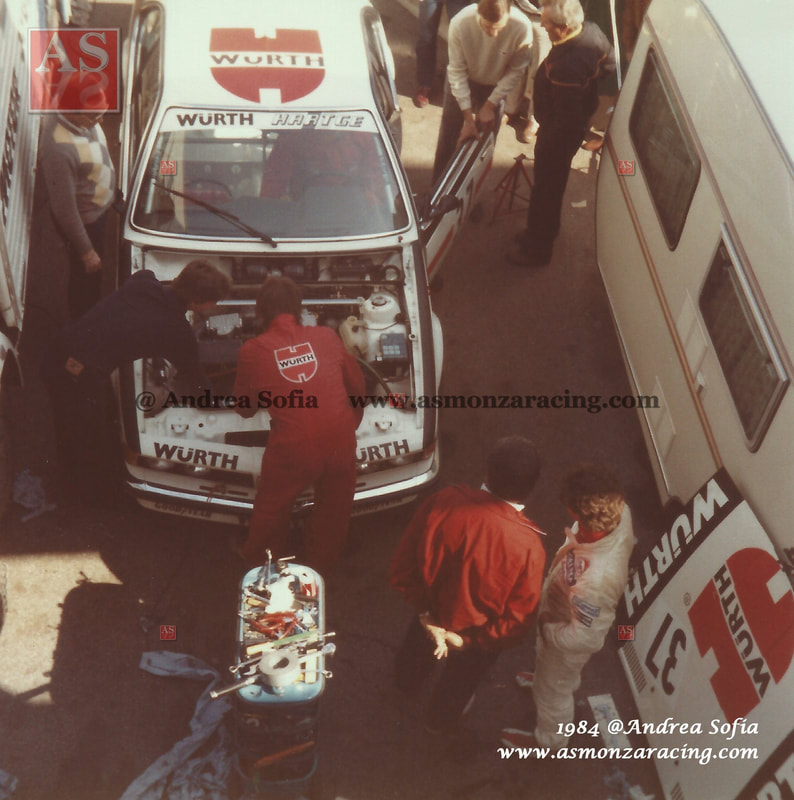 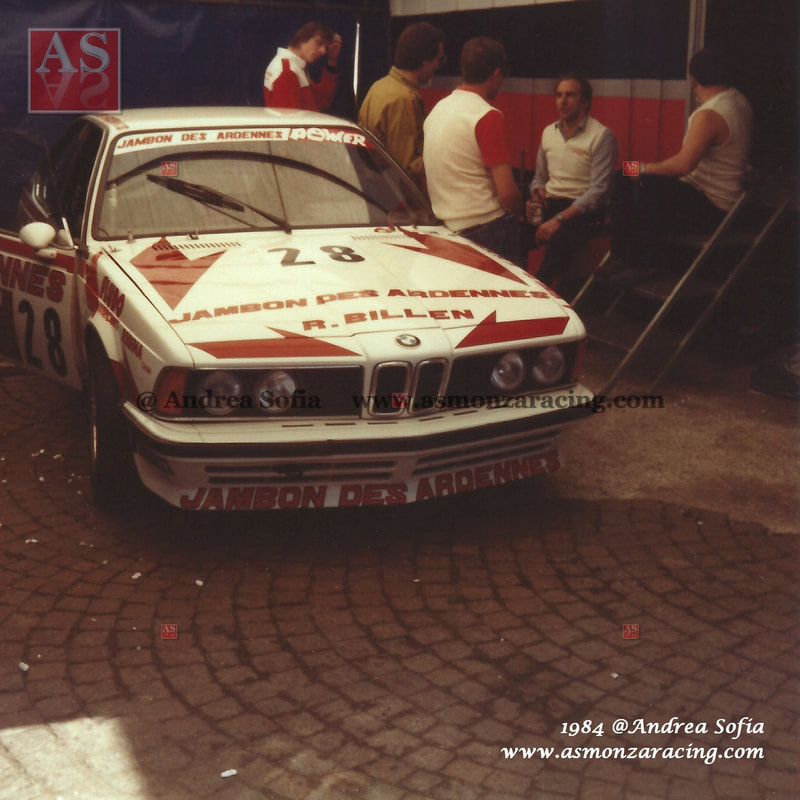 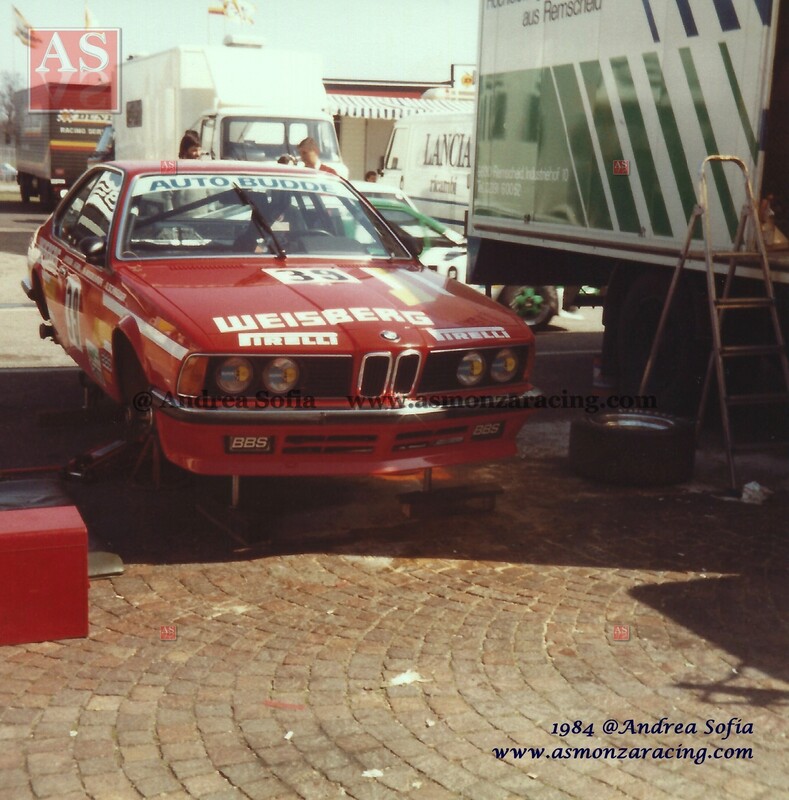 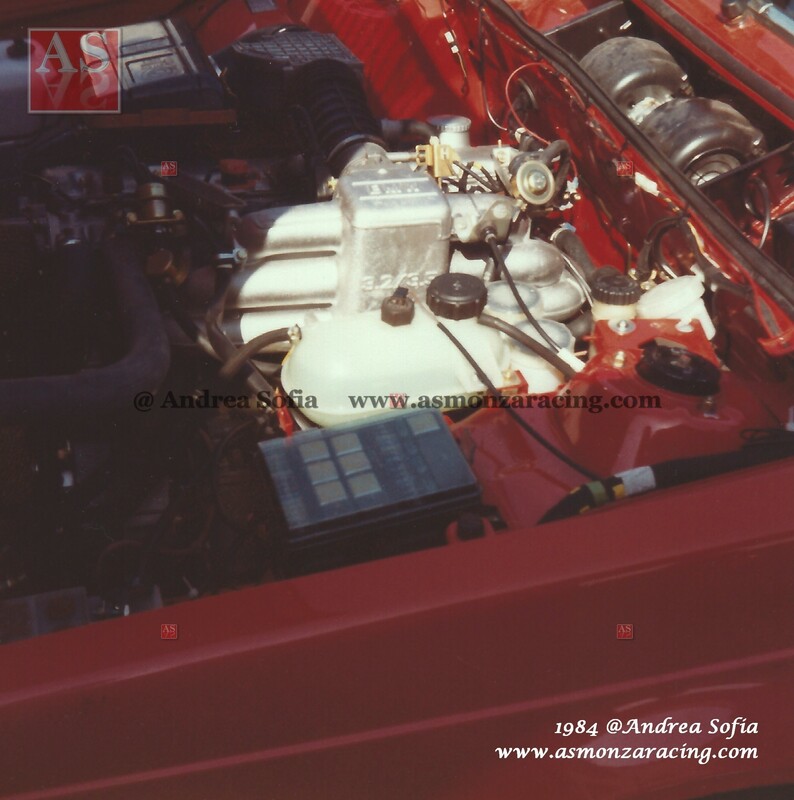 The class up to 2500cc was dominated by the Alfa Romeo GTV/6, very fast in their division both in testing as the race and the victory did not escape the GTV that were placed in the first four places of their division. Rinaldo Drovandi/Emilio Zapico won with the Autolodi's car tuned by Imberti, with Francois-Xavier Boucher/Marco Curti ("Spiffero") in second place with Luigi Cimarosti's car and the third Georges Cremer/Dany Swyssen with the second Luigi Racing's car.
Also present two BMW 323i in the class up to 2500 cc. the best of them was placed in the 21st place overall and fifth in the second division. 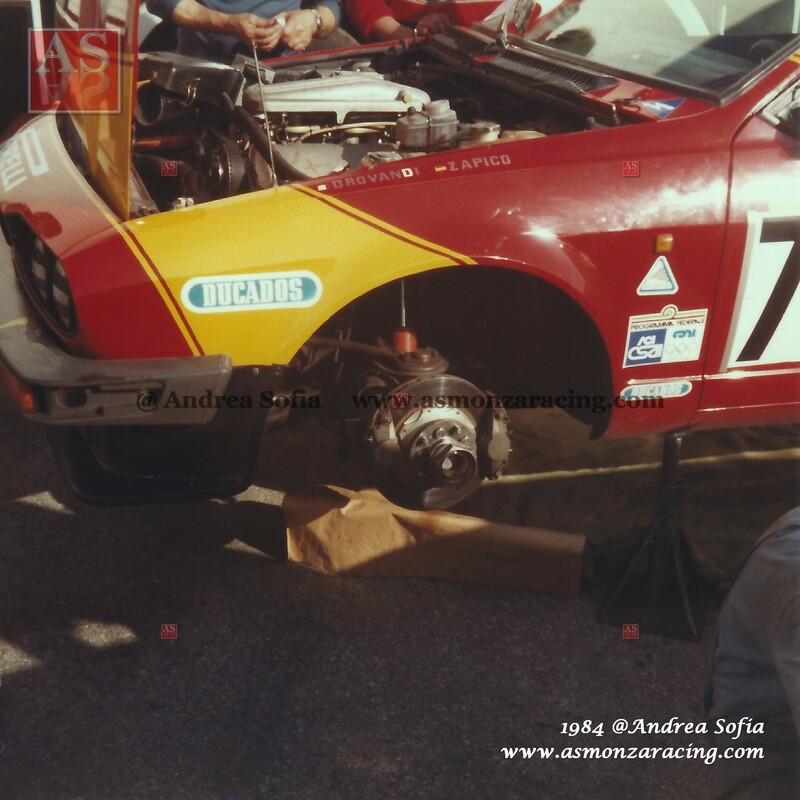 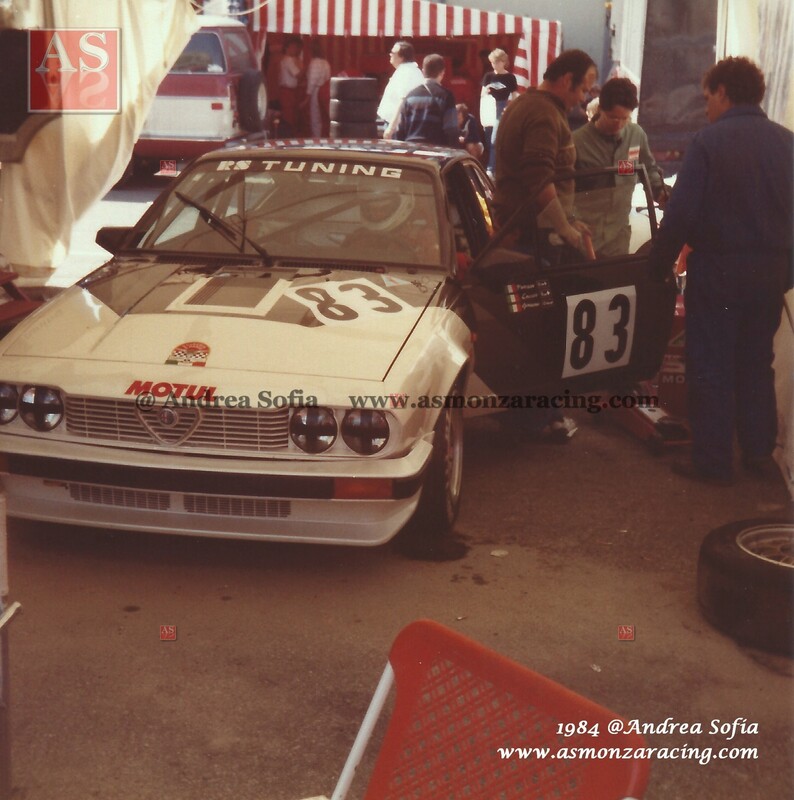 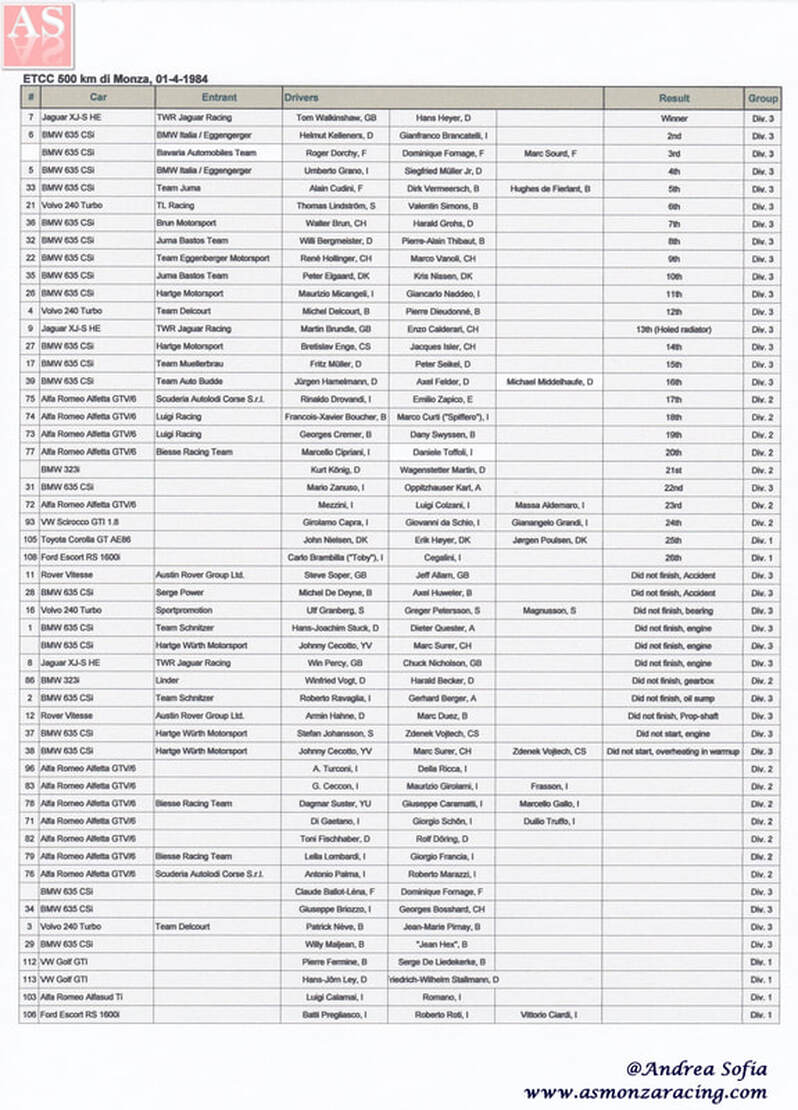