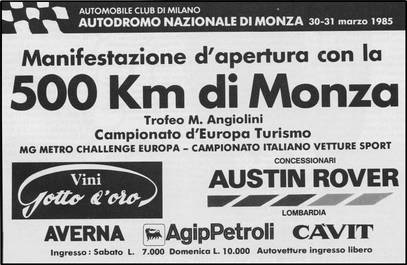 Traditionally, the first race of the 1985 European Touring Championship reserved for Group A was held in Monza. Already last year the Volvo 240 turbo and the Rover Vitesse had launched signals of extreme competitiveness and at the 500 km of Monza in 1985 the first three rows of the starting grid were occupied by specimens of these two cars with the exclusion of the BMW 635 CSi driven by Gerard Berger and Roberto Ravaglia who managed to conquer the first row with the second fastest time.
Pole position for the Gianfranco Brancatelli's Volvo 240 turbo, crewed with Thomas Lindstrom and second row for two Rover Vitesse, third and fourth respectively with Percy-Walkinshaw and Schlesser-Joosen-Thibauld while two other Volvo occupied the third row. Race dry, despite the threatening clouds and great triumph for the TWR's Rover Vitesse of Tom Walkinshaw with first, second and third place. 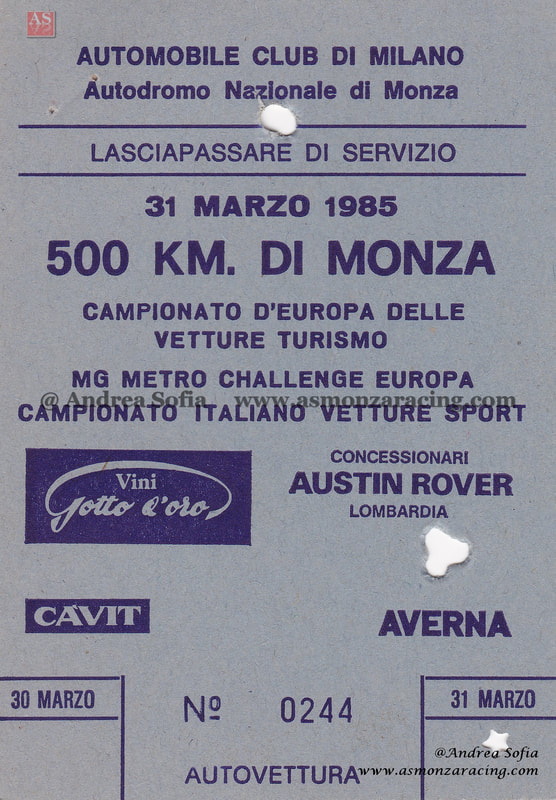 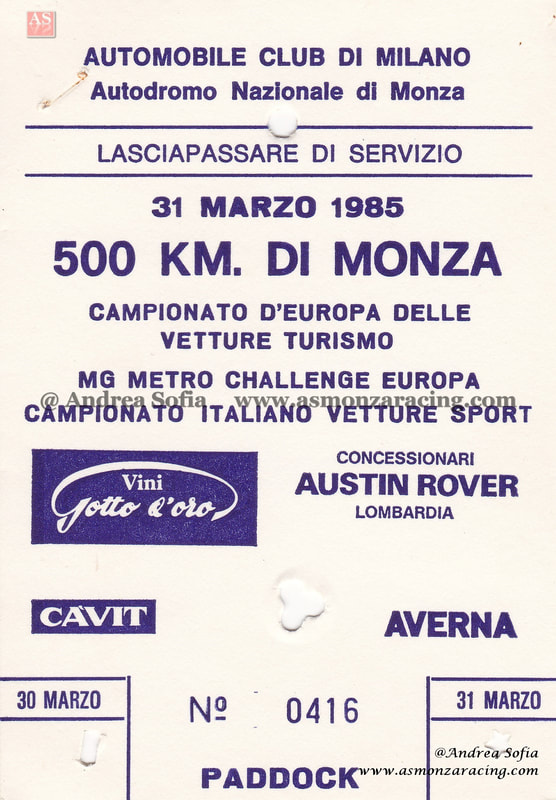 Monza 500 Km 1985 parking ticket
The three beautiful Rover in their white-red livery of the sponsors Bastos and Texaco, assembled for 1985 compared to the previous year had improved in the distribution of weights and adopted 17-inch wheels instead of the previous 16-inch.  The Volvo team was present at Monza with 4 cars, two prepared by Eggemberger for the crews Brancatelli-Lindstrom and Granberg-Carlsson, one prepared by Magnum Racing for Muller-Dieudonnè and one as private team for Strauch-Ohlsson, each cars very competitive. The cars were very fast, equipped with a supercharged 2.1-liter four-cylinder with a Garrett turbocharger capable of over 300 hp, equipped with lightweight bodywork thanks to the use of reduced thickness steel panels and enhanced brakes with ventilated discs and four-piston calipers. Start with a Gran Prix pace for the Volvo cars but at the end none them reached the finish because of engine failures, perhaps caused by the type of fuel made available by the organization. After the withdrawal of BMW as official entry in Touring Cars Championship, the Monaco brand was represented by the Team Schnitzer with the crews Pirro-Quester and Berger-Ravaglia both forced to retire, the first due to the broke of the oil sump after a hit took by Pirro on a curb in the second chicane, the seconds for the failure of the engine probably scrambled by Berger. In addition to the Schnitzer cars, a plethora of previous year cars, managed by private teams, filled the starting grid. The second division was always dominated by the Alfa Romeo Alfetta GTV6 which, like the previous year, won its class with the car run by Jolly Club and driven by Lella Lombardi and Rinaldo Drovandi. The crew leaded its class from the start and reached the sixth place overall beating the most modern BMW 323i, with the total disregard of the parent company that even held the European Touring Car Championship title 1982, 1983 and 1984. The first division was the crowded and most fought one, represented by Volkswagen, Audi, Toyota, Peugeot, Alfa Romeo and Ford. The victory of the first division went to the Volkswagen Golf GTI run by the Belgian Team RAS and driven by the Spanish crew Ivan Arias and Santiago Martin Cantero.
Photo gallery: 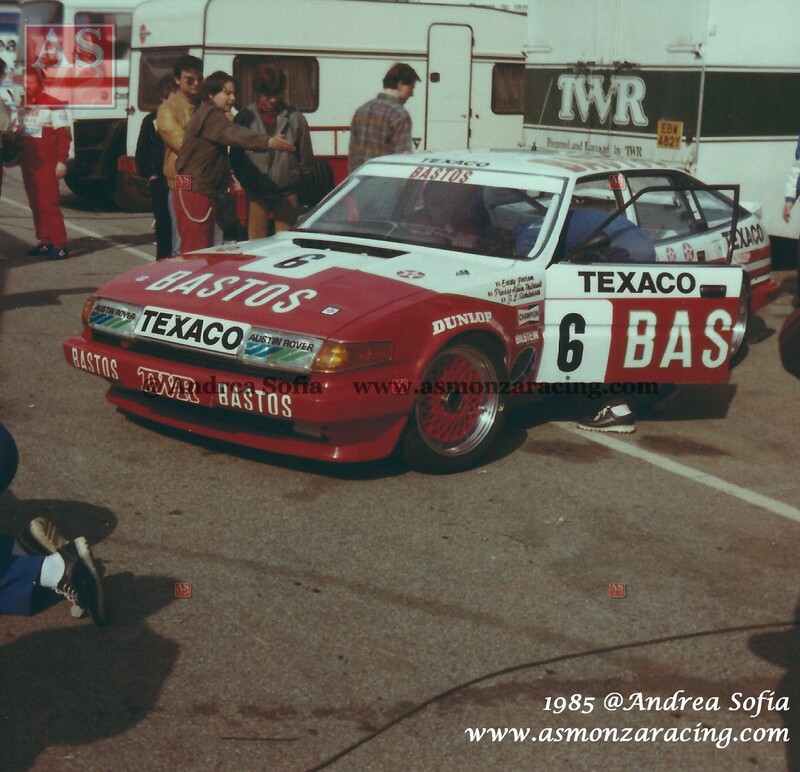 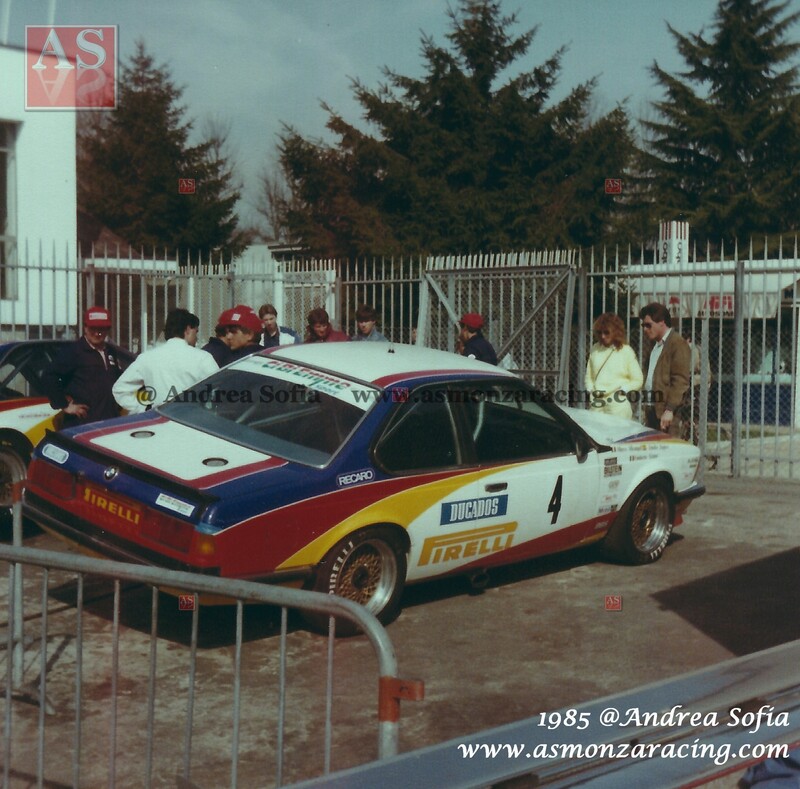 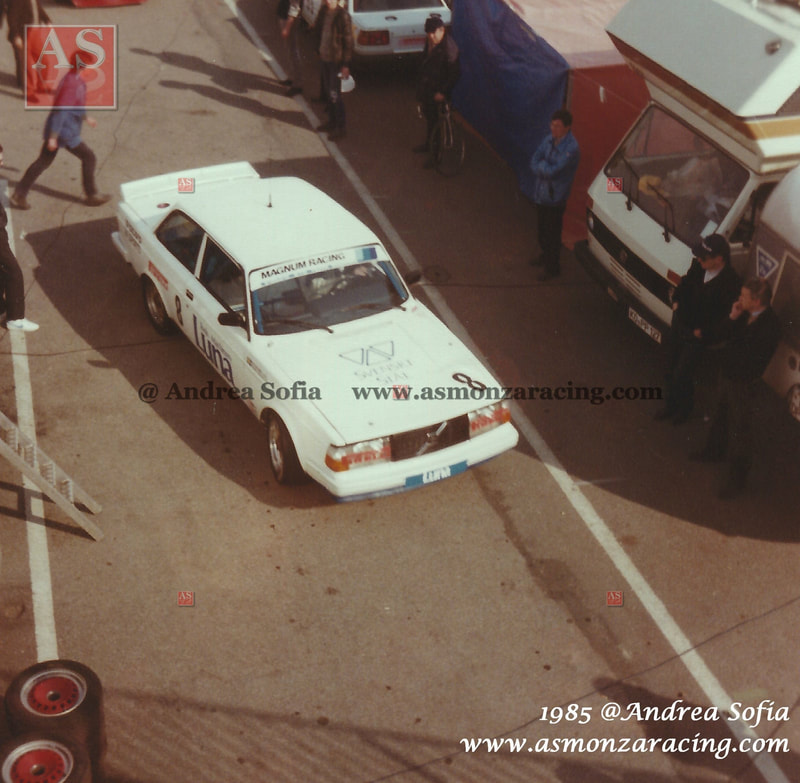 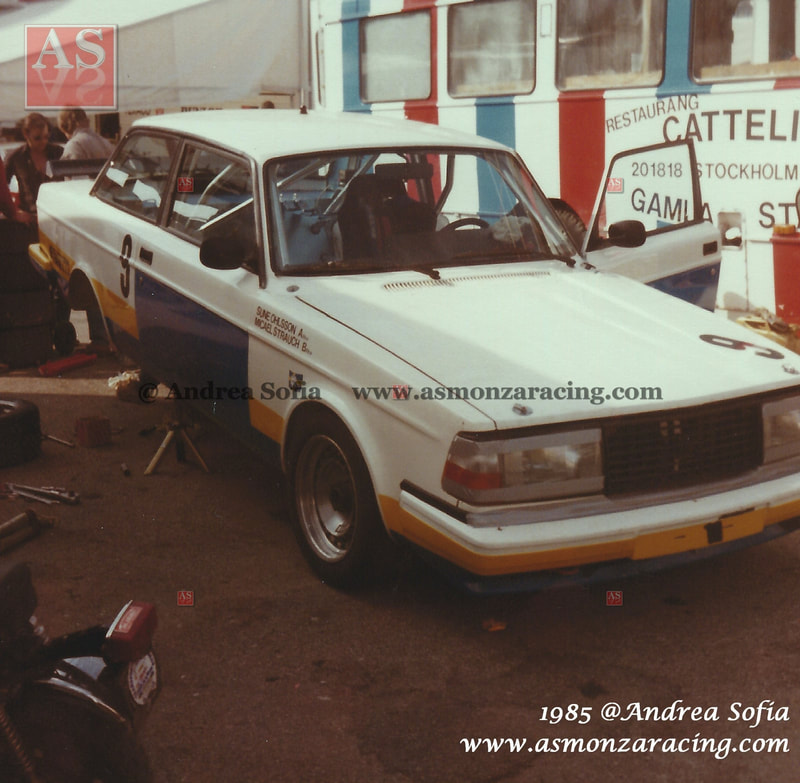 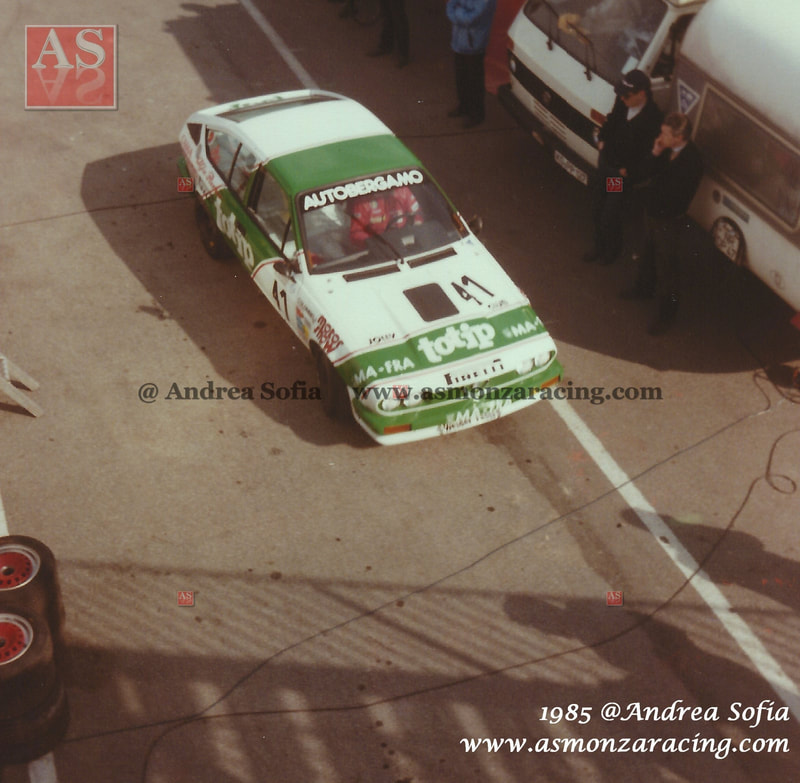 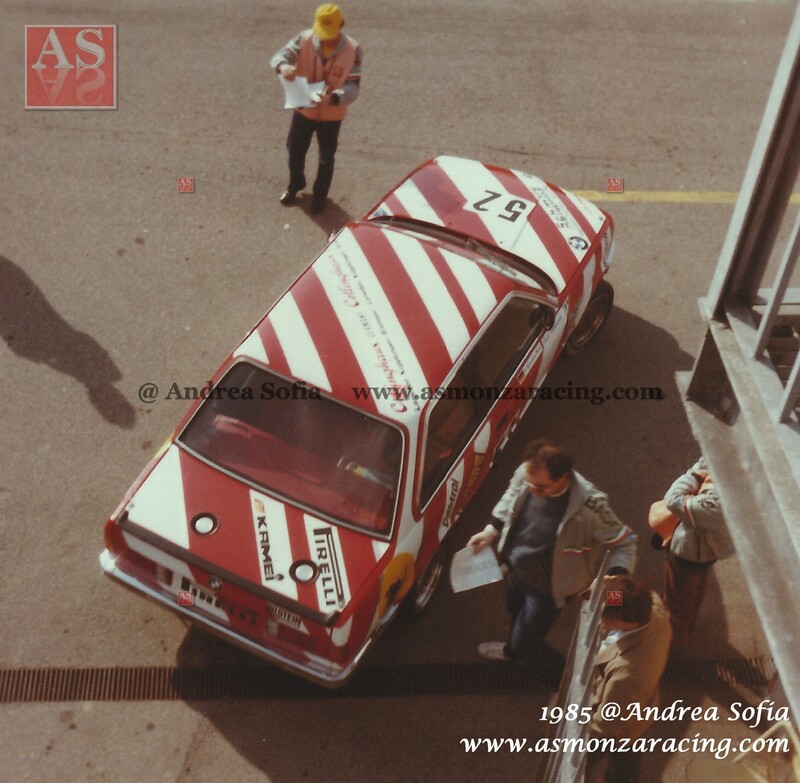 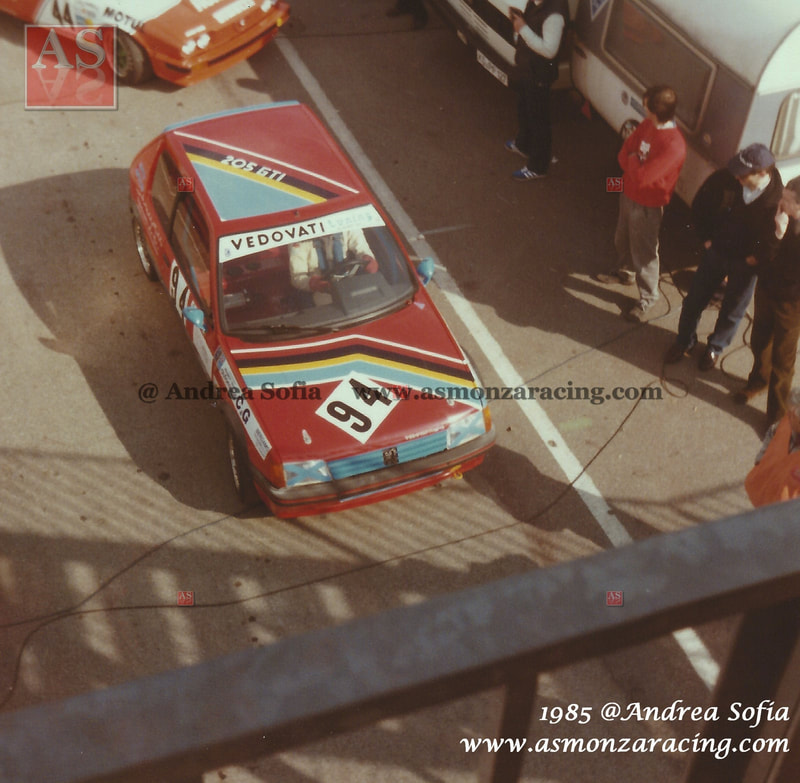 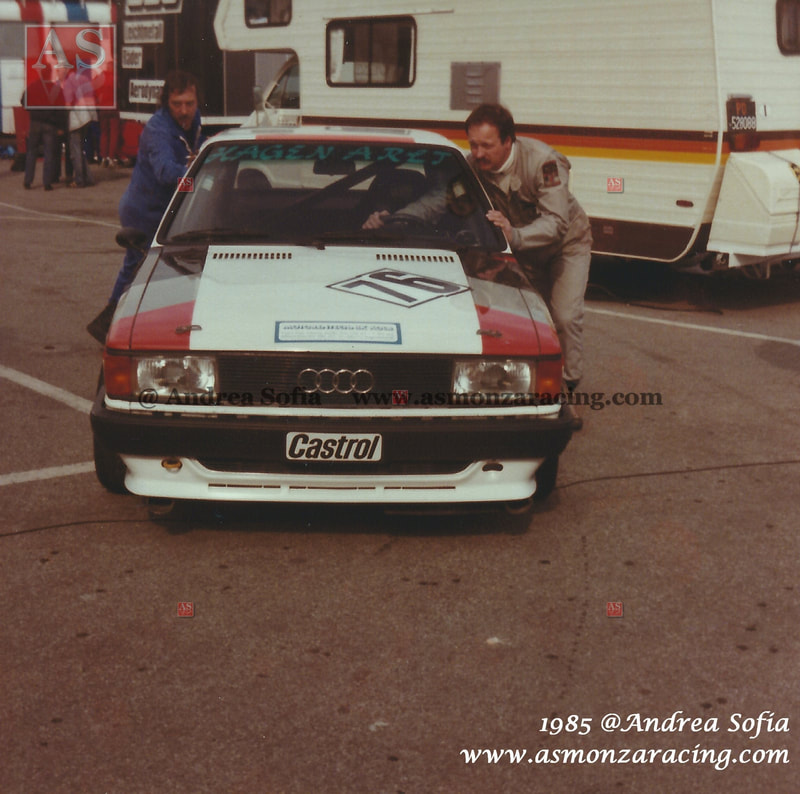 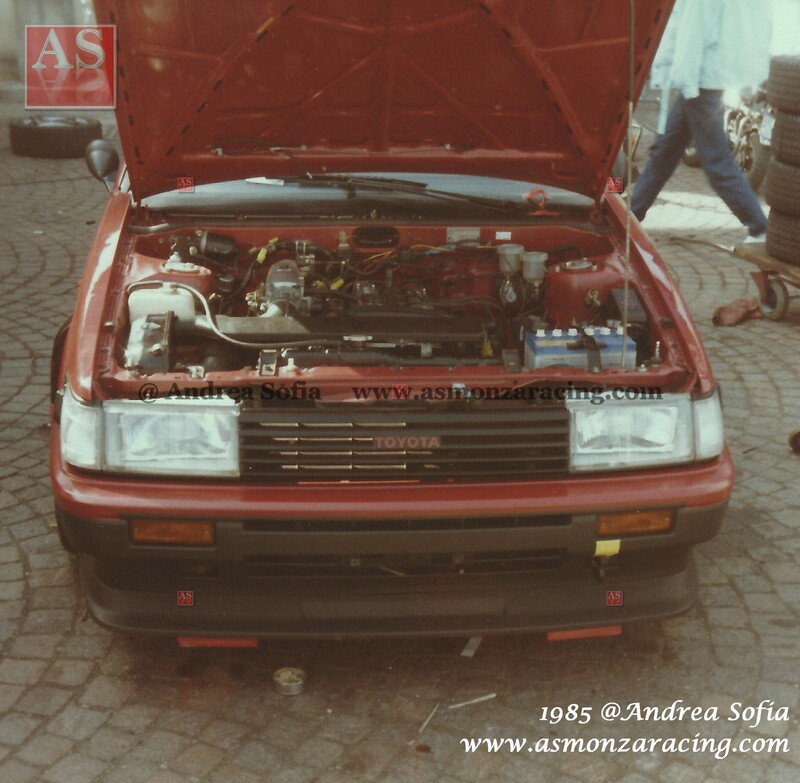 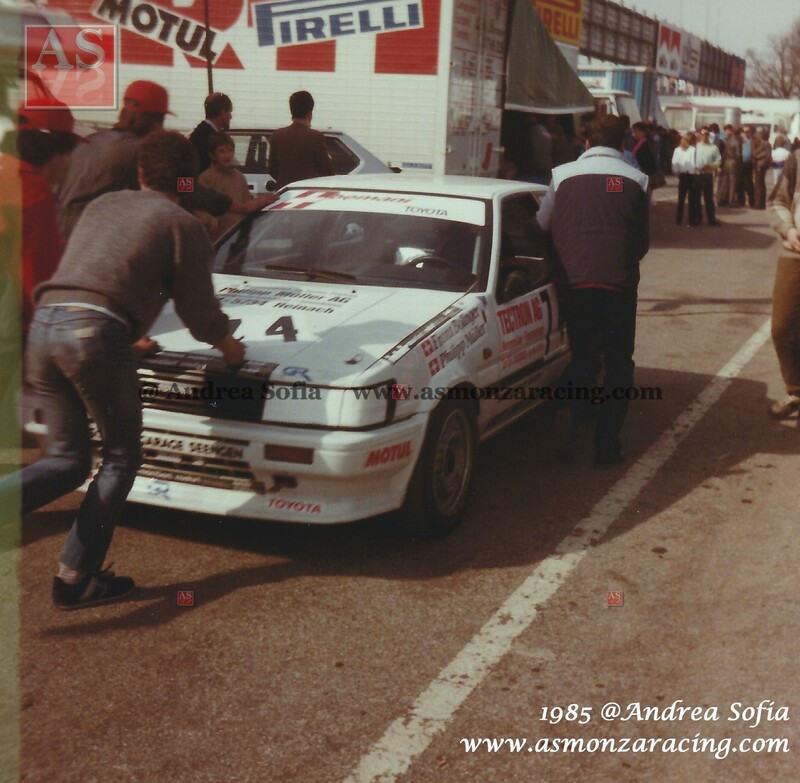 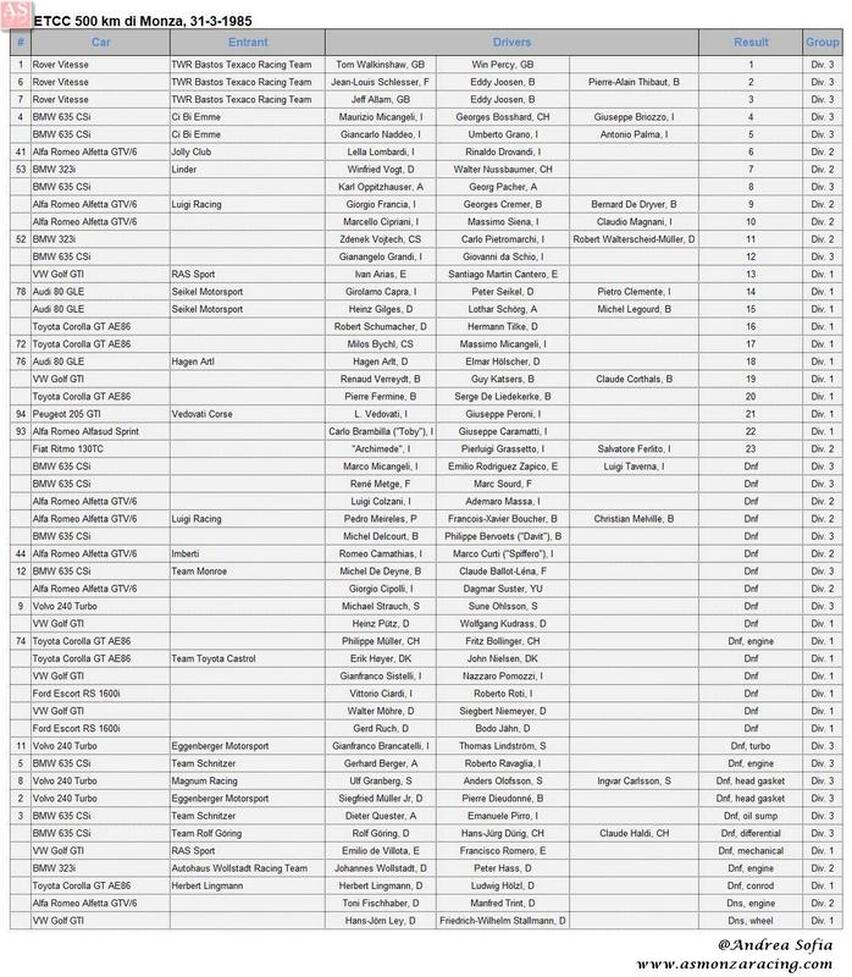