A renewed Monza hosted the 50th Italian Grand Prix on September 9th, 1979. The Formula 1 teams took their place in the new paddocks, built behind the boxes building, while ProCar Championship Teams with their BMW M1 cars, were placed in the area of the old garages. The fight for the title of drivers world champion, was restricted to the two Ferrari drivers, Jody Scheckter and Gilles Villeneuve with the Ferrari T4 and to the French Jacques Laffite with the Ligier JS11,  thanks to a particular attribution of scores. While between the two Ferrari drivers the solution was already obvious as Villeneuve had been assigned the role of Scheckter's bodyguard, Laffite fought until the lap 41, when due to a wrong gear change, the engine suffered an overspeed and a return spring of a valve of his Ford Cosworth DFV yielded. The Ferrari one-two therefore, world title for Jody Scheckter and third place for Clay Regazzoni. 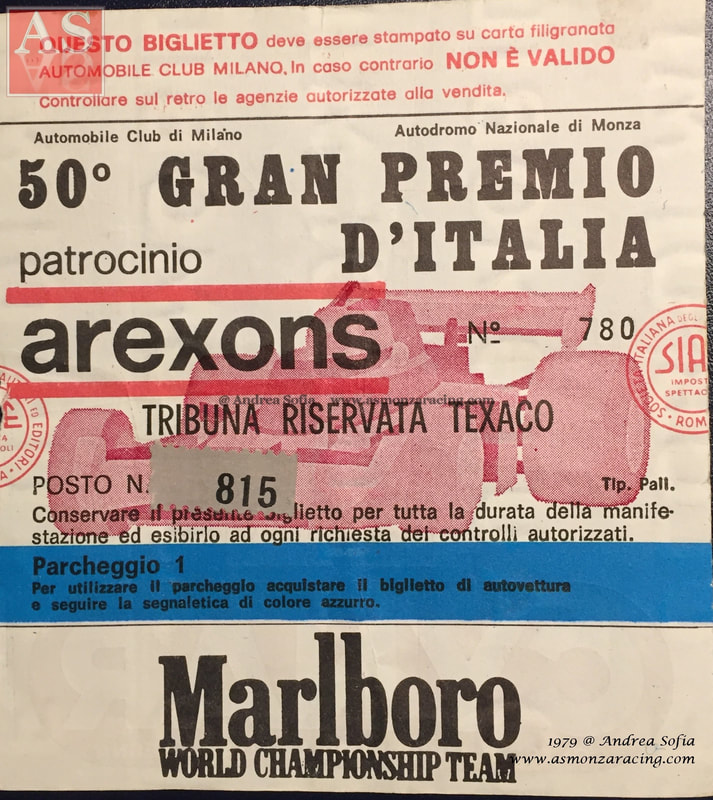 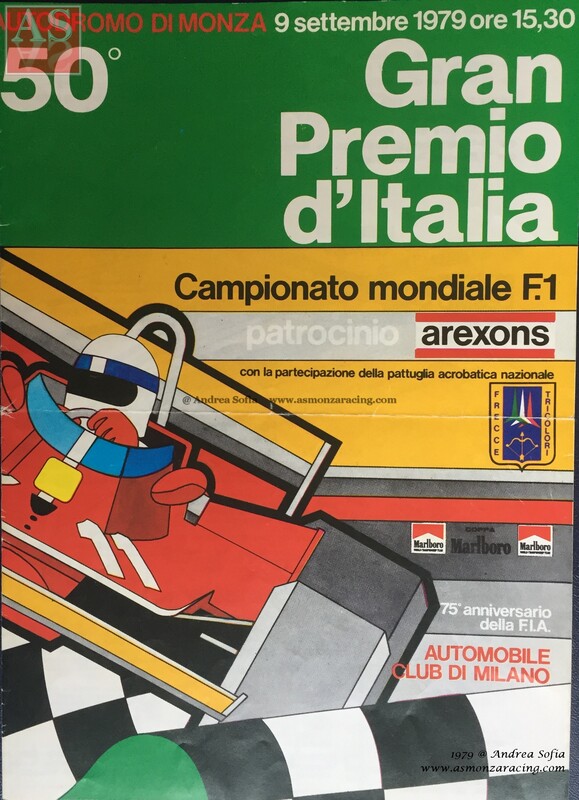 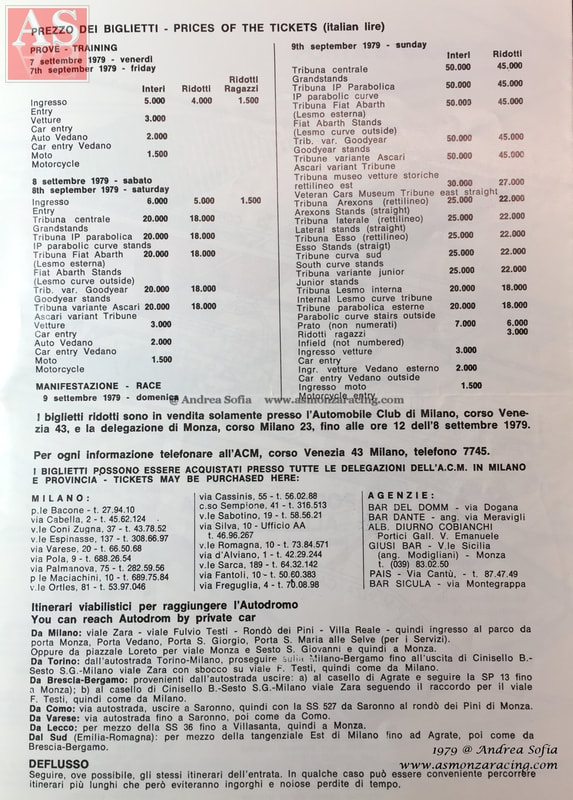 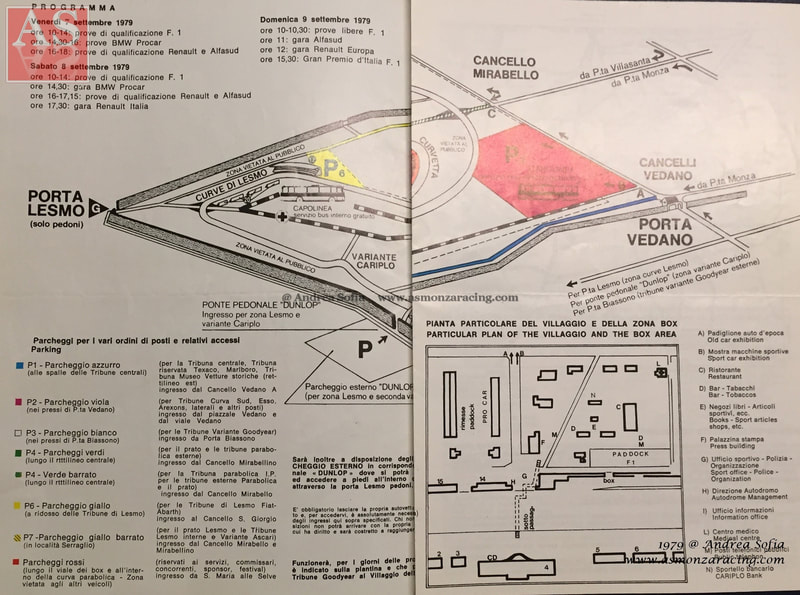 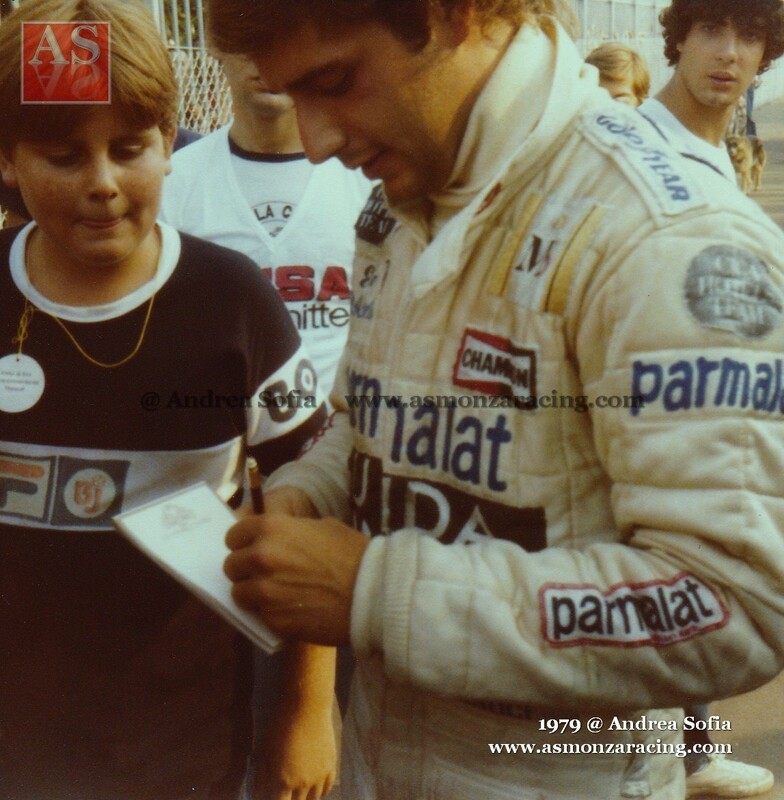 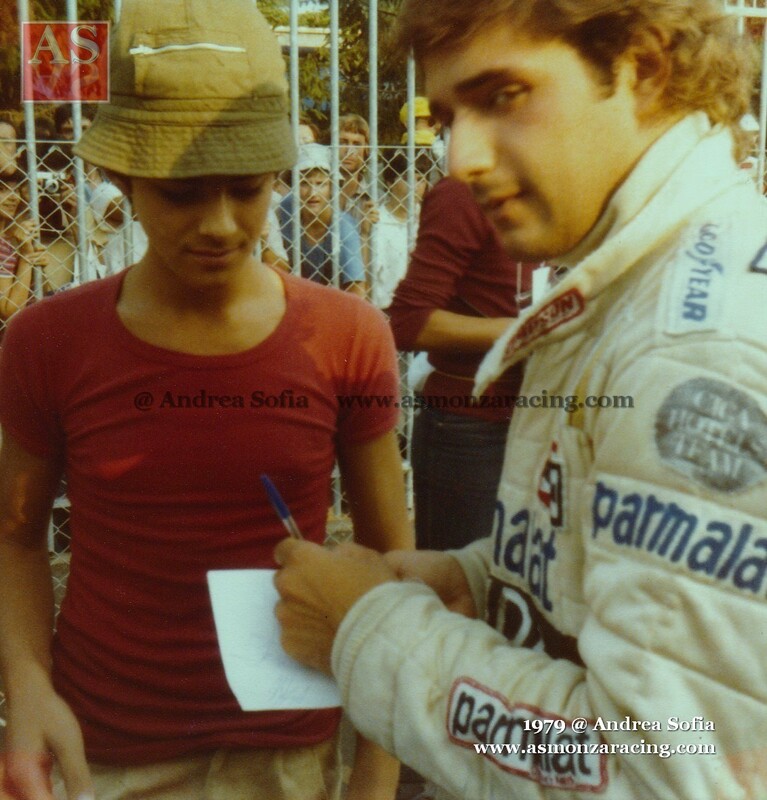 Elio De Angelis intent to sign autographs. The Shadow's driver, managed to qualify his DN9B in last place, less than two tenths from his teammate Jan Lammers, first of not-qualified. His race was stopped on lap 34 due to a puncture to a front tire that forced him to had a pit-stop. At the time of leaving, the clutch burned and he was forced to retire.
BMW M1 ProCar Championship 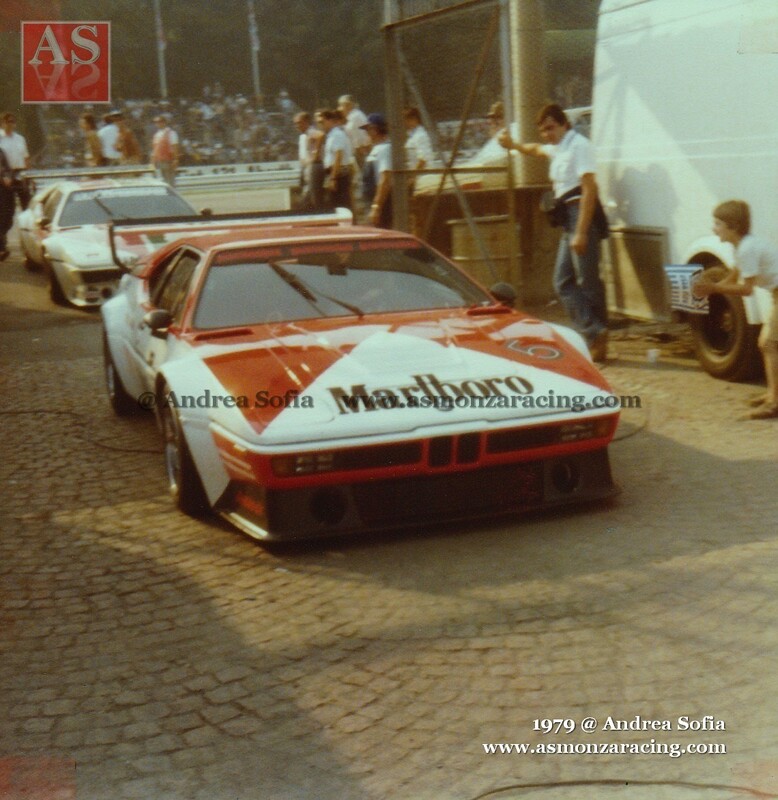 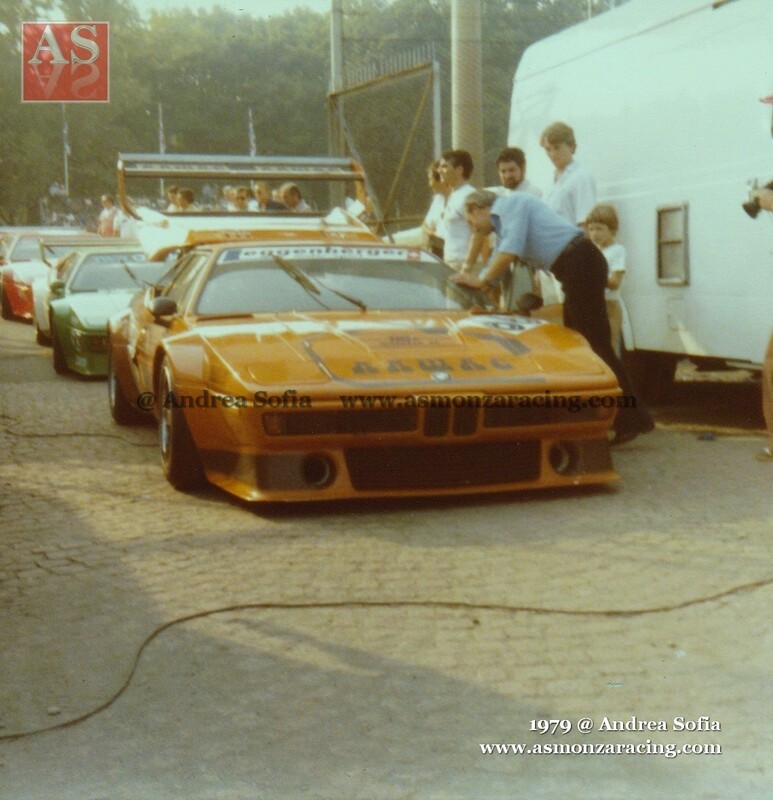 In the biennium 1979-80, a mono-brand championship called the BMW M1 ProCar (Production Car) Championship was organized by BMW, following the idea of ​​the founder of the racing department and former driver Jochen Neerpasch. The Formula 1 drivers, Makes World Championship drivers and European Touring Championship drivers took part in the championship. The cars were the BMW M1 prepared, according to the specifications of Group 4, by teams chosen by BMW itself. The cars were prepared by the BB Fabricatons (the 5 samples taken on the track directly from the BMW) by the Osella and by Project Four. The engine was the six-cylinder in-line 3.5-liter M88 / 1 capable of over 460 hp. The races, in 1979, took place on Saturday in the same Formula 1 Grand Prix weekend. At Monza there was the last race, decisive for the title awarding. The victory went to Hans-Joachim Stuck and Niki Lauda, ​​with the second place, obtained the title of Champion ProCar 1979 with the car prepared by Team Project Four, third was the German Marcus Höttinger and in the fourth place ended Helmut Kelleners. Very pleased was Bernie Ecclestone who obtained, as agreed, the Lauda end of season award: A brand-new BMW M1 road car.
Links:
Shadow DN9B #2B
BMW M1 Procar Gr.4 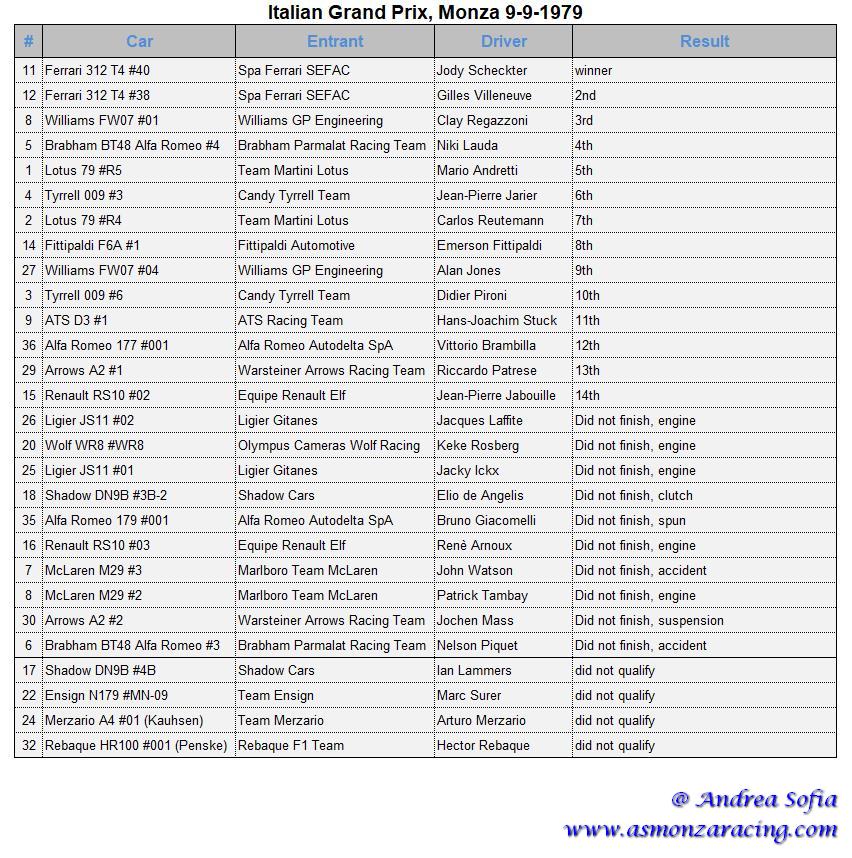