After the "betrayal" of 1980, when the Italian Grand Prix was organized in Imola, the 13th round of the 1981 season returned to Monza on September 13th. The world rankings saw the Argentine Carlos Reutemann and the Brazilian Nelson Piquet both to 45 points.
The weekend was characterized by an unstable weather that brought a few drops of rain during the race. Renè Arnoux with the Renault RE30 #33 scored the pole position, the ninth in career in 1'33"467, Alain Prost with the other Renault, chassis #34, was placed in the second row with the third time. At the start Prost snapped well and at the end of the first lap was in the lead and remained there until the end. Arnoux instead, while he was second, in an attempt to avoid Eddie Cheever spun at Parabolica corner, ended up in the sand and closed his Grand Prix on the twelfth lap. The twist happened two kilometers from the finish line when Nelson Piquet's engine, which was in third place, blew up. 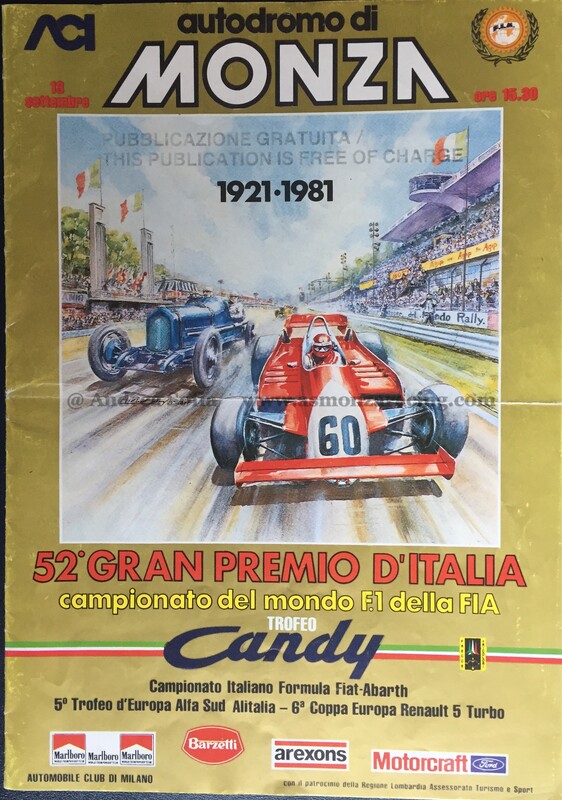 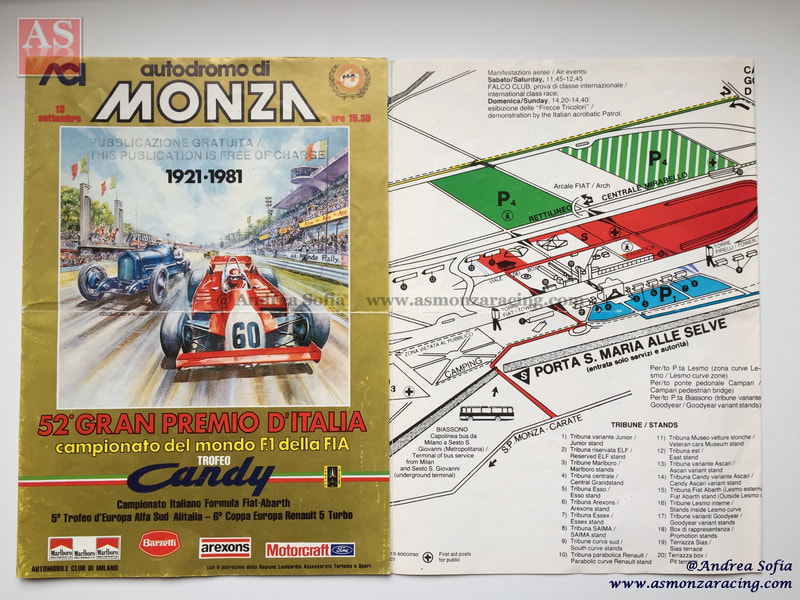 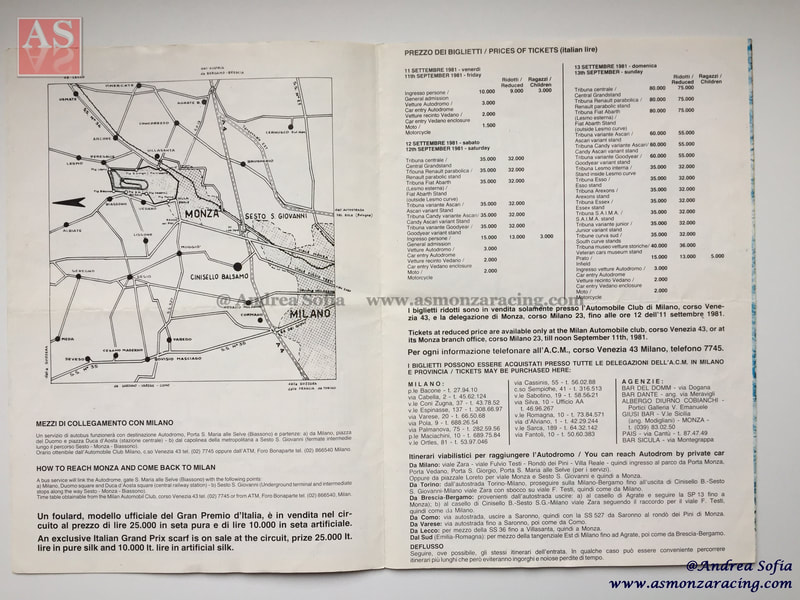 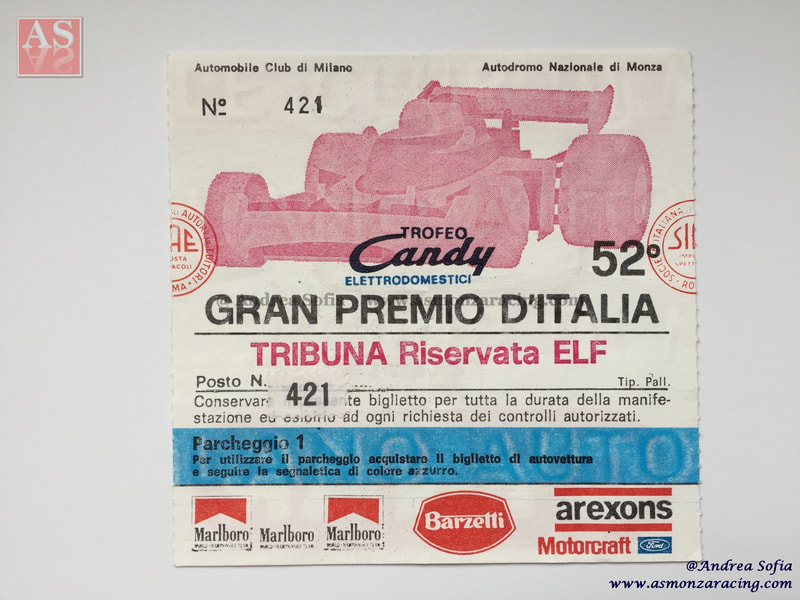 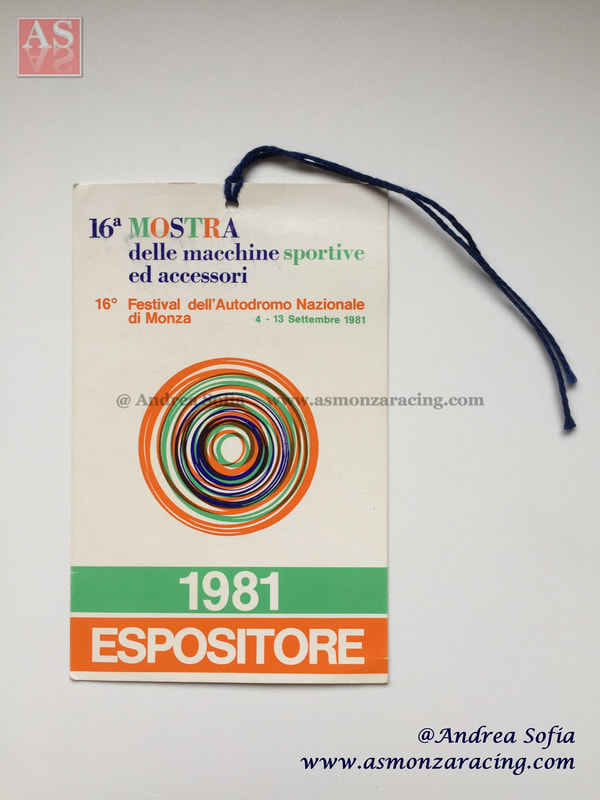 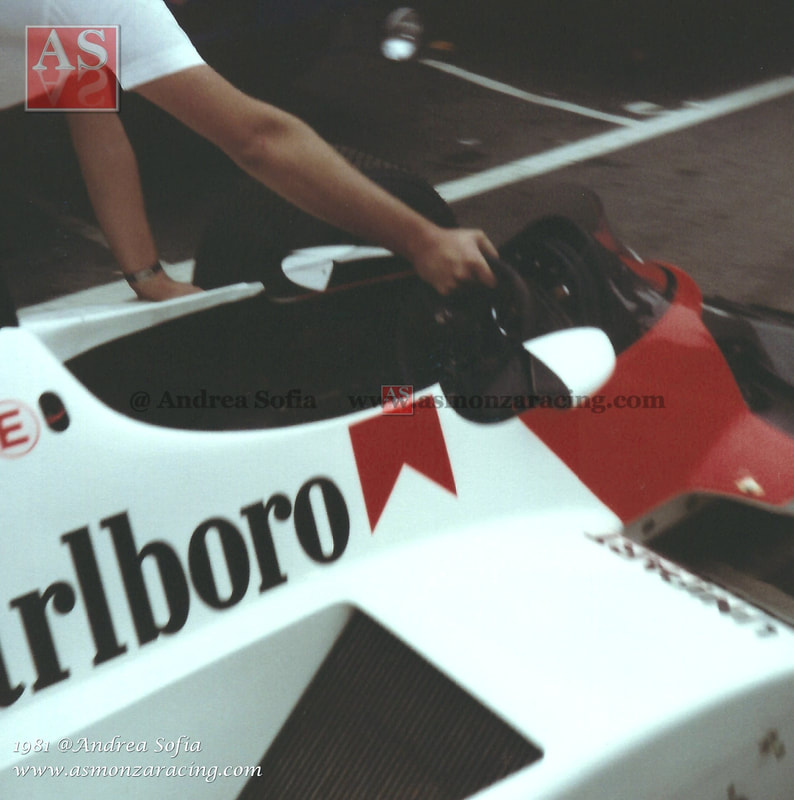 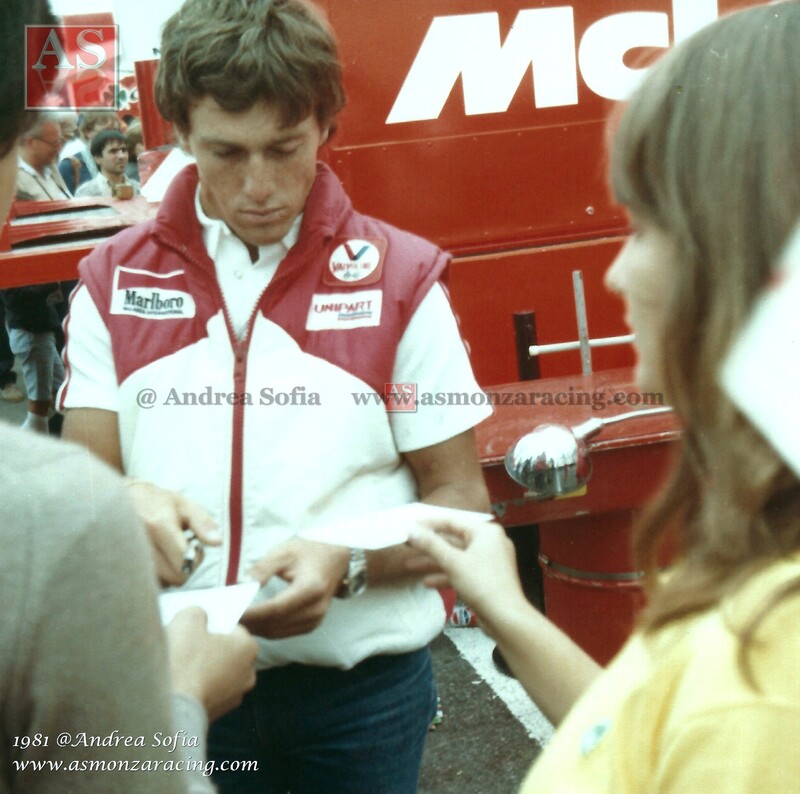 Andrea De Cesaris
The McLaren MP4 / 1, the first Formula 1 car to have an entirely carbon fiber chassis. Equipped with Ford Cosworth DFV, and designed by John Barnard, the MP4 / 1 made its debut with John Watson at the Argentinian Grand Prix in Buenos Aires on April 12th and already at Silverstone on July 18th, it won his first ever win with John Watson. At Monza Watson was the protagonist of a terrifying accident occurred at the exit of the Lesmo’s second corner at the nineteenth lap. Due to a driver error the car went into a spin, crossed the track and went to bump with the back against the guard-rail. The impact was so violent that the engine and gearbox with suspensions and rear wheels detached from the chassis with a blaze and rolled on the opposite side of the track and were narrowly avoided by Michele Alboreto who came and who, in turn, hit the guard-rail. Watson jumped out what was the car remains completely unhurt and so did Alboreto.
The second driver of the team was Andrea De Cesaris who was the author of a beautiful but unlucky race. As Piquet he was forced to stop on the last lap due to a puncture when he was in sixth place and was ranked seventh. During the first practice session on Friday morning De Cesaris was the protagonist (again!) Of a disastrous accident at the first chicane that detached the left rear suspension. The mechanics were forced to rebuild the car for the nineteenth time since the beginning of the season.
Tyrrell 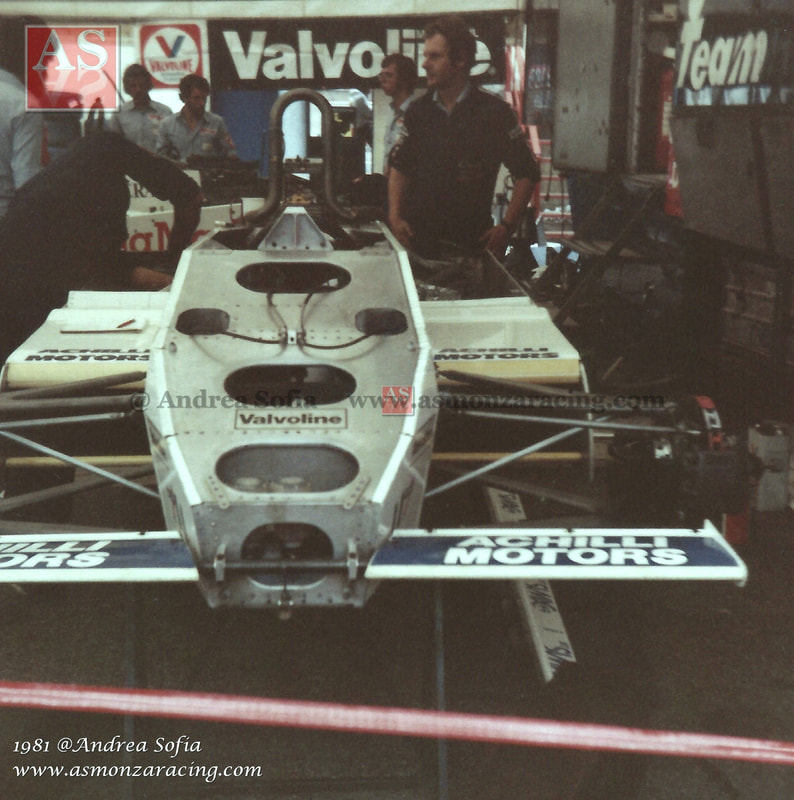 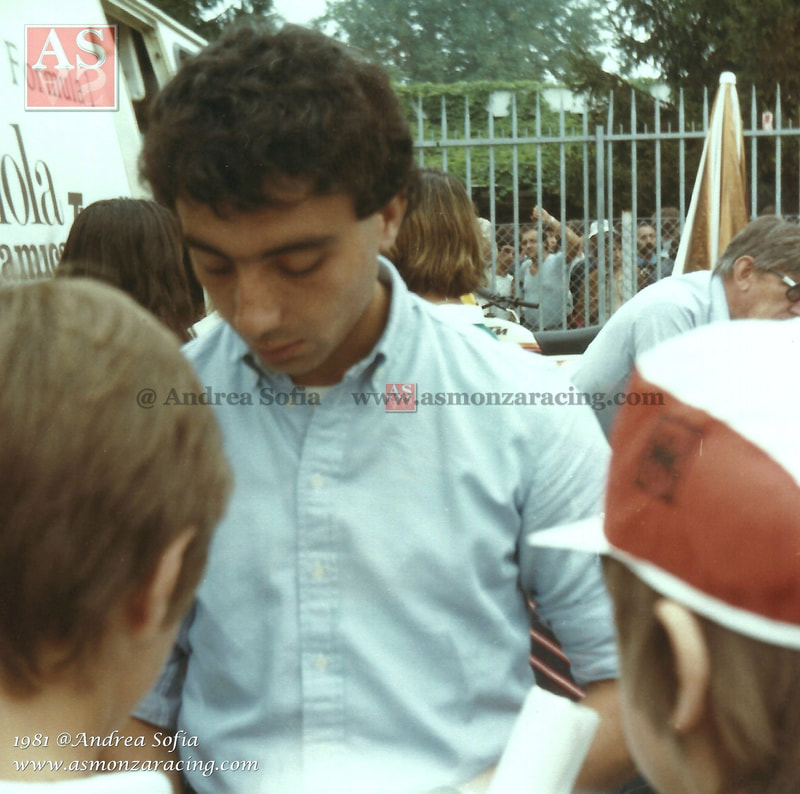 Italian Grand Prix, Monza 1981 Michele Alboreto intent to sign autographs and in the background on the right Ken Tyrrell
The Tyrrell 011, chassis #1 for Michele Alboreto and #2 for Eddie Cheever, at Monza were not competitive at all, despite the redesigned front suspension and the extended wheelbase of a few centimeters. The drivers leave somewhat back on the grid, Cheever seventeenth and Alboreto twenty-second and none finished the race. Cheever spun into the Parabolica corner as it began to rain and Alboreto narrowly avoided the rear section of Watson's car, but went into a spin and crashed into the guard rail.
Ferrari 126 CK
Toleman 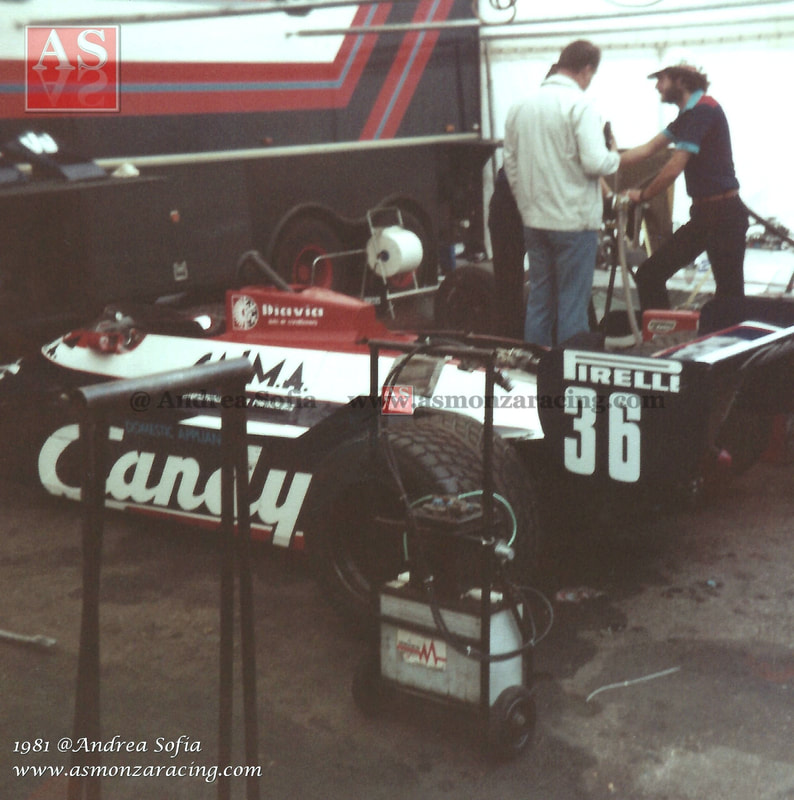 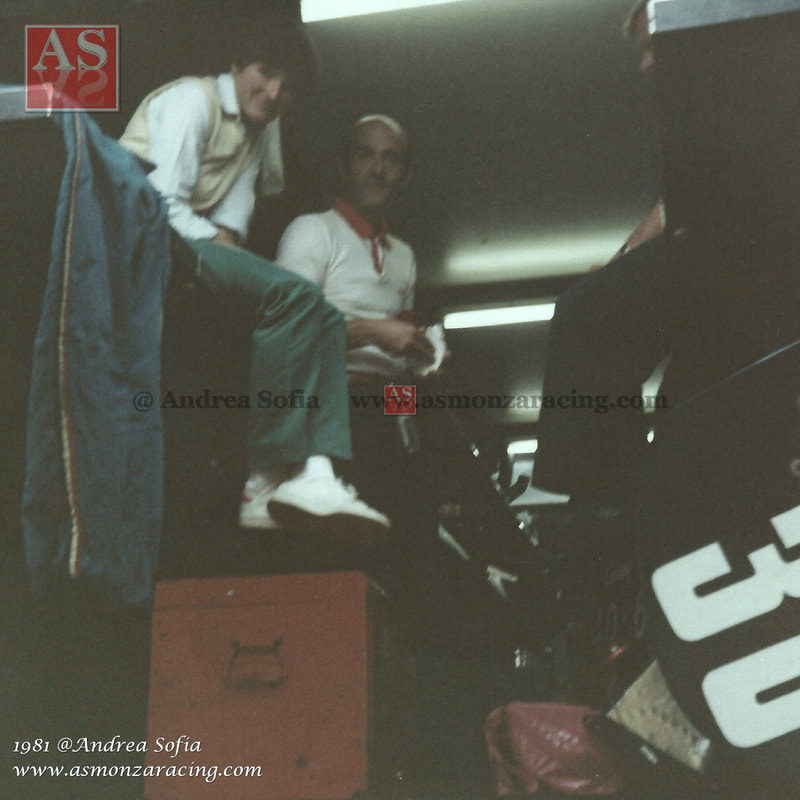 Italian Grand Prix, Monza 1981 In the middle of the picture, the Toleman engine builder, Brian Hart
After dominating the previous year's European Formula 2 Championship with the TG280, in 1981 the Toleman debuted in the Formula One World Championship on 3 May at the San Marino Grand Prix in Imola with the TG181, equipped just like Renault and Ferrari with a 1.5-liter turbocharged engine.
The engine was an Hart 415T, 4 cylinder with 490 hp and the car had a chassis built entirely of aluminum honeycomb panels. In 1981, Toleman made the Pirelli tires absolute debut in the modern formula 1. With new chassis, new engine and new tires, Toleman chose the hardest way to make his debut in Formula 1. The Italian Grand Prix finally marked the debut in the race of the Toleman TG181 which qualified for the first time, in the last row with the twenty-third fast time, thanks to Brian Henton. The British driver brought the car to the finish line in tenth position.
The other driver of the team, Derek Warwick, failed to qualify and for his debut in the race he had to wait until the last Grand Prix of the season, in Las Vegas.
Williams 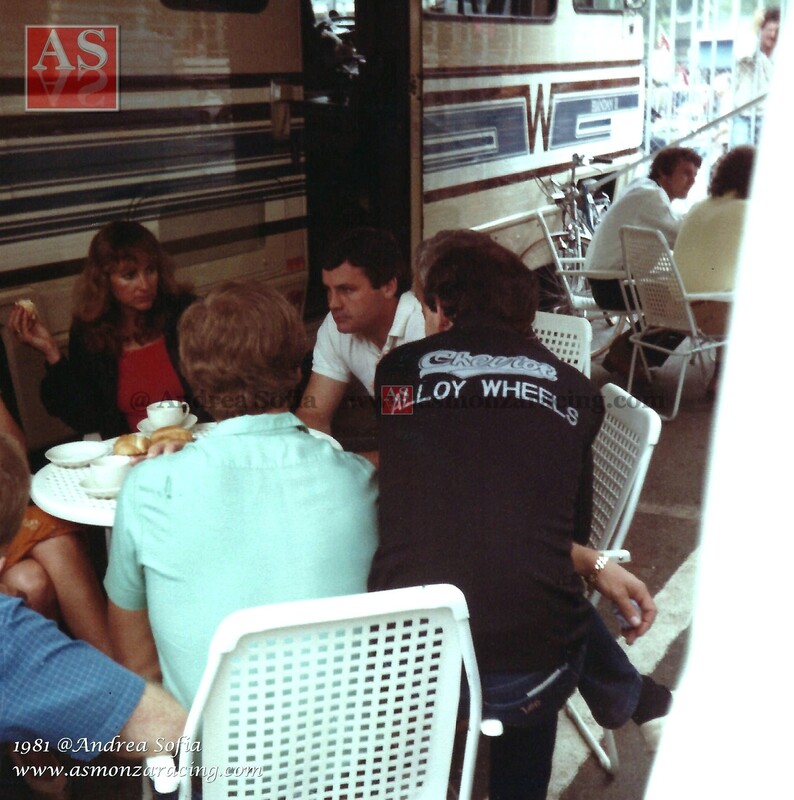 Italian Grand Prix, Monza 1981 Alan Jones, in the middle with the white shirt 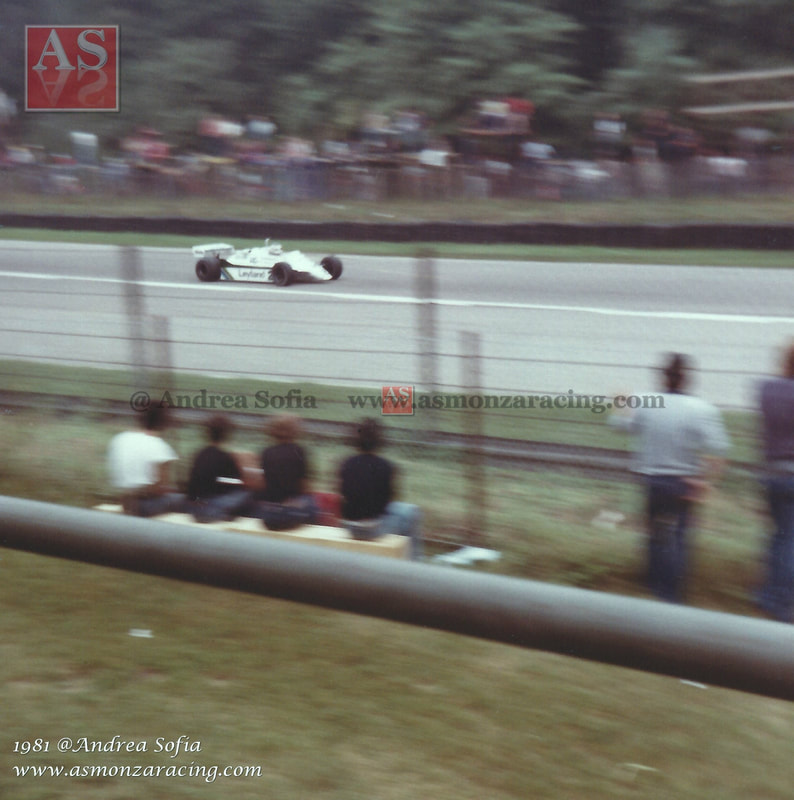 Italian Grand Prix, Monza 1981 Carlos Reutemann's Williams FW07C at the exit of the Ascari chicane
Alan Jones came second to the finish line ahead of his team-mate Carlos Reutemann and was very lucky because a return spring of a valve of his Cosworth broke down five laps from the finish line. Alan Jones ran with his right hand injured by an assault in London where some thugs tried to steal his watch. Jones to defend himself, with a flurry of punches sent one of them to the hospital (!). Carlos Reutemann's car was set up for a dry race and when it started to rain the handling was difficult so despite having started from the front row alongside the poleman Alain Prost, only came third. The cohabitation of Reutemann both with Jones and with the whole team Williams was, during the season, stormy and controversy and also at Monza Reutemann did not fail to fight with the team, so that did not even appear on the podium after the race.
Alfasud European Cup 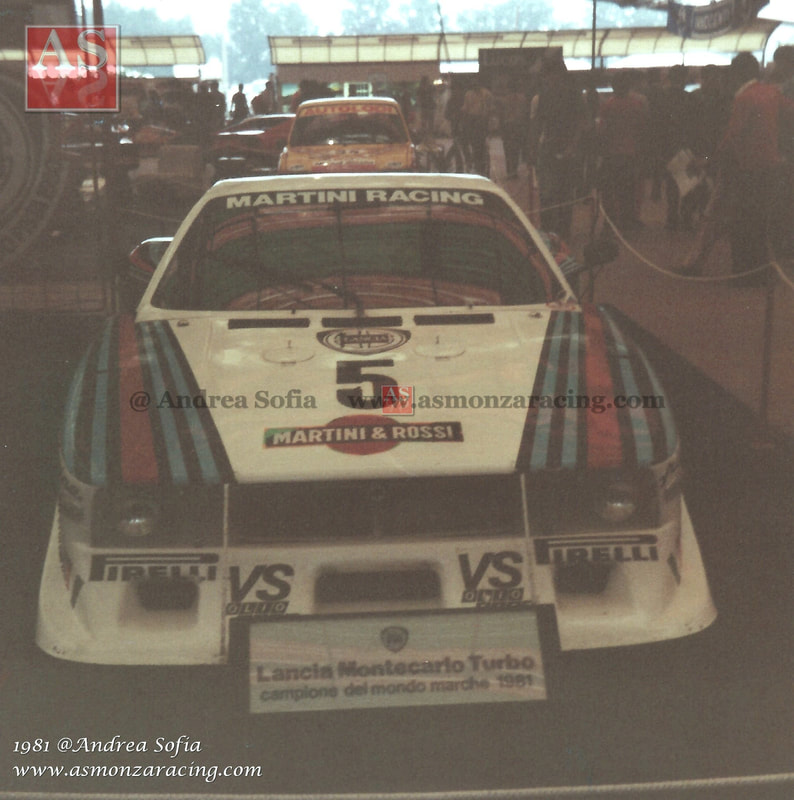 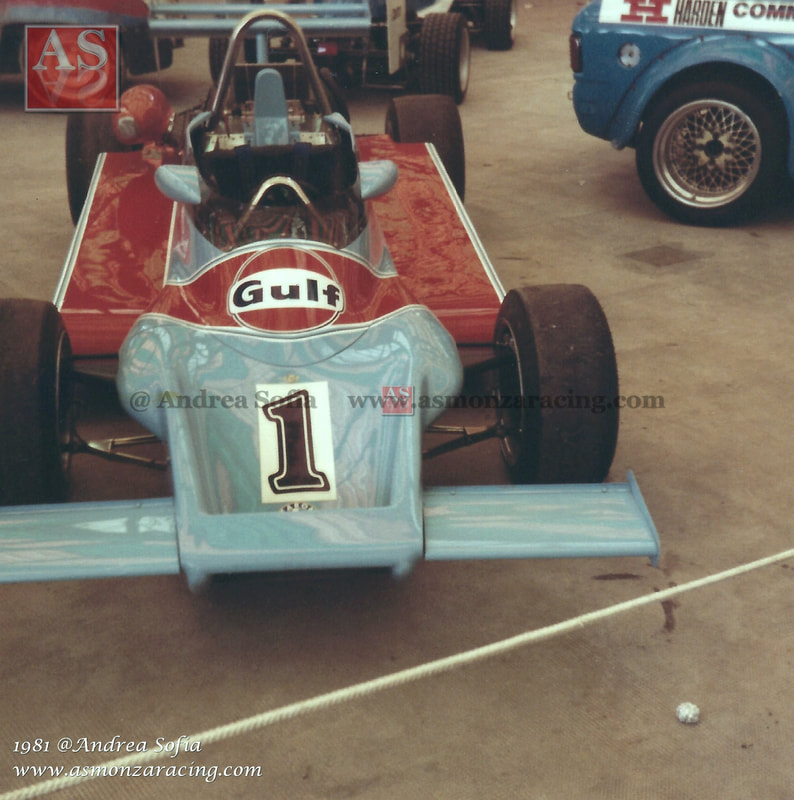 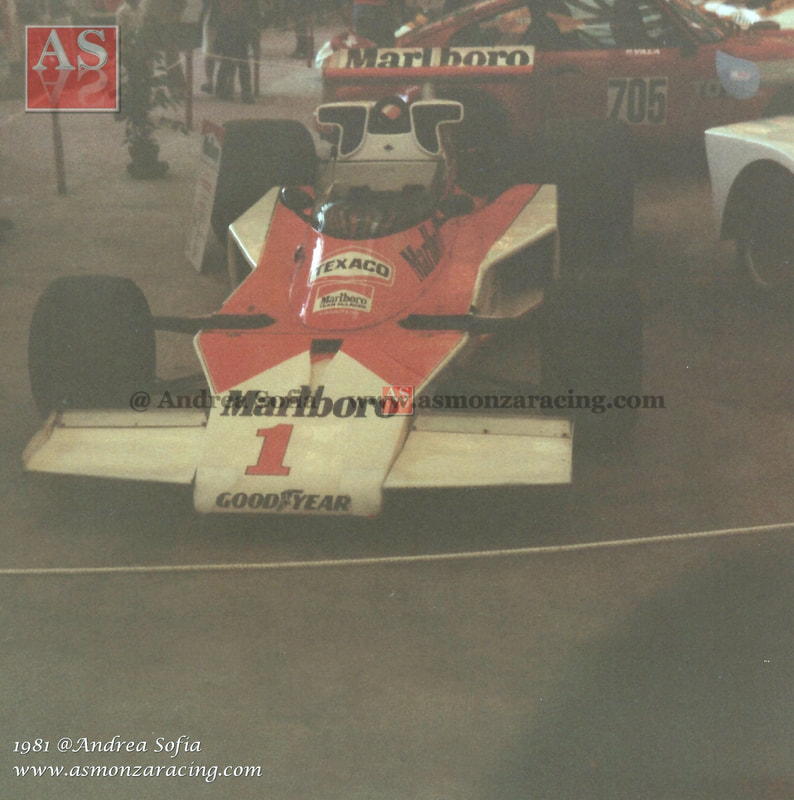 McLaren M23
In order to entertain the large public who came to Monza, that year too, an exhibition of sports cars and accessories was organized.
Link:
Ferrari 126 CK #052
Williams FW07/C #14 #15 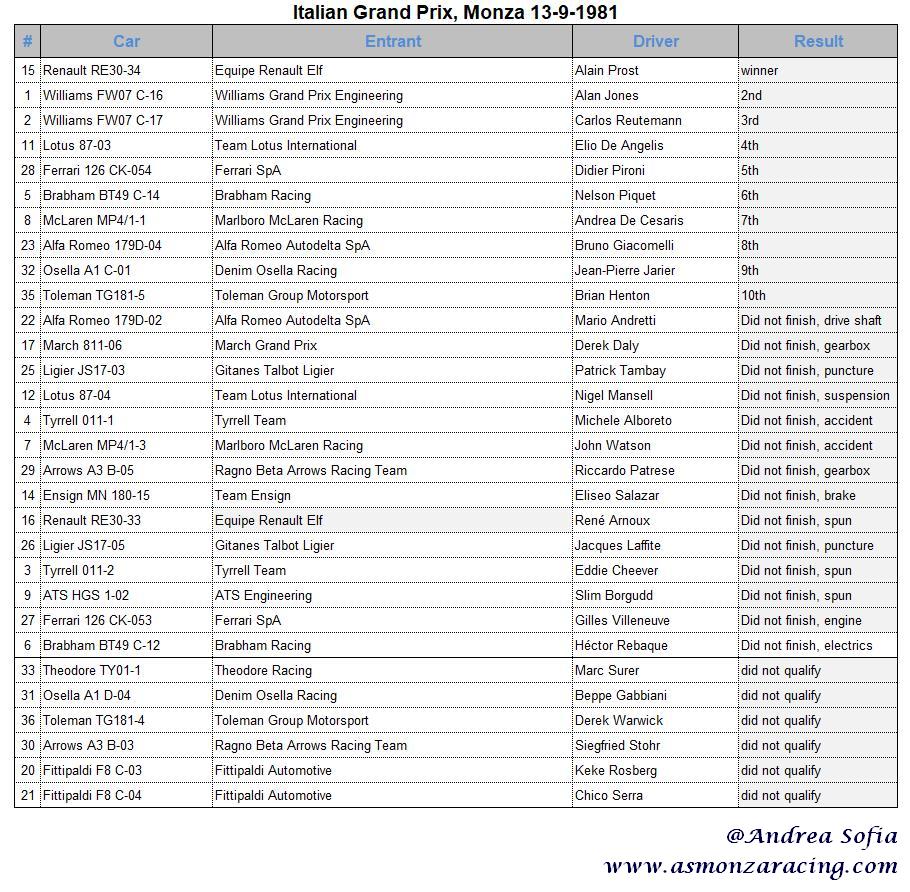